This plot of land has been a park for over 100 years. In the early years, it was a popular place for picnics and fish fries as land developers held sales events on the grounds. A second boom period in the 1950s once again brought back the crowds to fish fries, this time in support of Little League Baseball. "City Park," as it was originally called, could be easily accessed by train starting in 19194 when developers brought the Tampa & Gulf Coast Railway here. Two years later there was an influx of automobiles when the swing bridge was built in the Narrows. It was renamed Kolb Park in 1959 for civic activist Mac Kolb. Under his leadership, the park gained an official baseball diamond shuffleboard and horseshoe courts, and a picnic pavilion. Today it remains a center for community events, recreation and of course quiet picnics with balmy breezes. 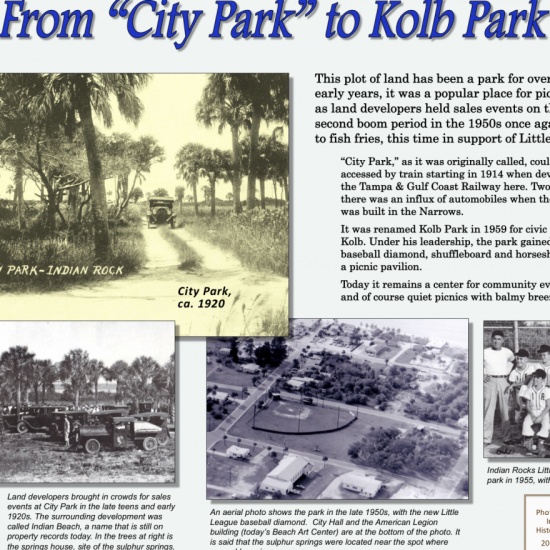