The GAMA site (GLCM Alert and Maintenance Area) on Greenham Common is the high security area that housed the Cruise Missiles, their transporters and other support vehicles. Six hardened shelters were constructed in the early 1980's to protect the GLCMs from possible nuclear and conventional attack. Each shelter was designed to withstand a thermonuclear airburst explosion above Greenham Common and Newbury or a direct hit from a 500lb conventional bomb.The bunkers housed 96 cruise missiles, each shelter contained four launch vehicles and two control vehicles. Each launch vehicle carried four missiles, each with a warhead of the equivalent to 150,000 tons of high explosive. The bomb that killed 70,000 people in a flash in Hiroshima in1945 was the equivalent to 18,000 tons

Follow the fence along the line of bunkers then round to the right until you come to a junction with a path to the left. Look down this path and you will see Blue Gate. Go and have a closer look if you like.. 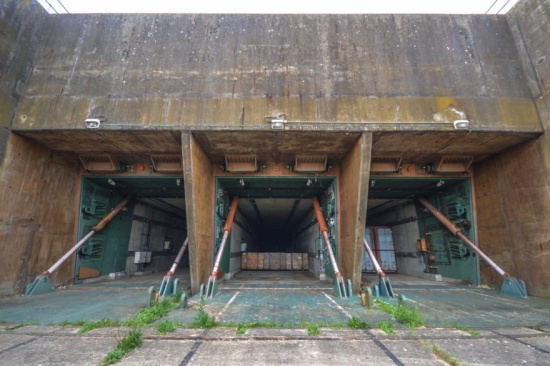 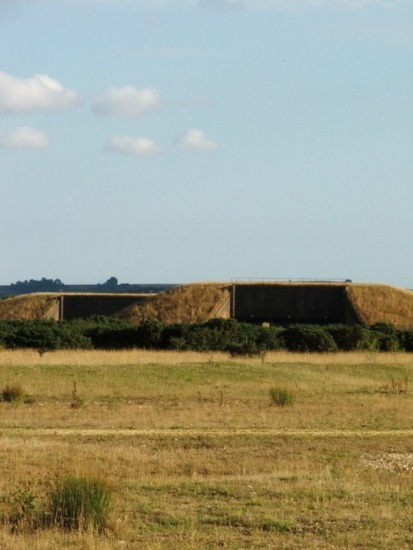