The Gainsboro Branch Library was built in 1942 for Roanoke's then segregated black neighborhoods. It is of the Tudor Revival Architectural Style and was designed by the Roanoke firm of Eubank & Caldwell. African American leaders called for separate black library facilities in 1920 and again in 1940.

In 1921, the first branch library for blacks was housed in a portion of the Colored International Order of Odd Fellows Hall (Hunton Branch Colored YMCA) on Patton Avenue at Gainsboro Road. By 1932, Librarian Virginia Young Lee had organized a youth reading club, hosted lectures from ministers and educators, and assembled a library collection pertaining to black culture.

In 1940, Black leaders demanded a new library. St. Andrews Catholic Church owned the former Shanks Foundry property at Patton Avenue and Gainsboro Road. In lieu of paying real estate taxes unknowingly due to the City, the Church agreed to sell the 0.34 acre parcel to the City for $4,709 (the amount of taxes due) for the new Gainsboro Branch Library.

Visit the Virginia Lee Room at the Gainsboro Library to research Black history and culture. 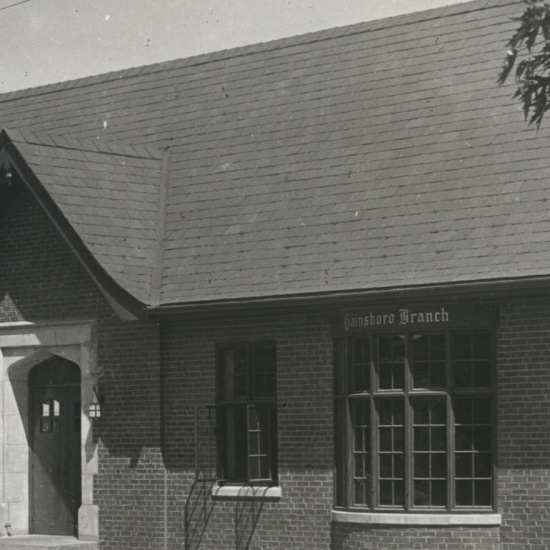