This plaza contains extensive information on the Gainsboro Neighborhood and its evolution. Gainesborough was chartered as a Town in 1835 in the area known as Big Lick. It was Roanoke's earliest neighborhood. Over time, the initial neighborhood settlement in Northeast became known as Old Lick, as development shifted to the west for the future Town of Big Lick, and eventually the City of Roanoke. The existing neighborhood of present day, Gainsboro still contains early railroad housing dating to the late 1800s and remnants of Henry Street, once the center of African American business and social activity from 1900 to 1960. Urban Renewal efforts from 1955-1970 destroyed much of the integrity of the once vibrant community. 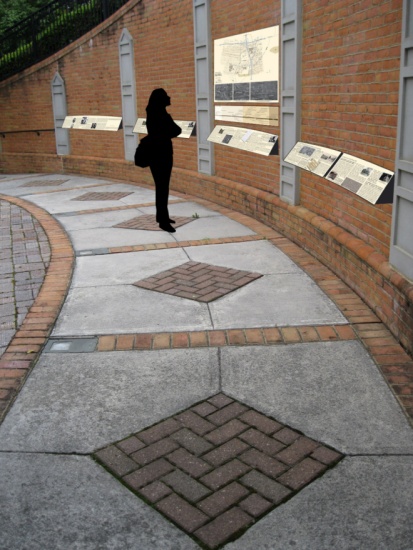