This has been used as the Post's main parade field since 1941. The field is named in honor of Staff Sergeant Archer T. Gammon of Company A, 9th Armored Infantry Battalion, 6th Armored Division. On February 13, 1946, he posthumously received the Medal of Honor for heroism in World War II. Over 4 million soldiers have graduated on Gammon Field.

Bob Hope entertained the troops in the late 60's at this location. 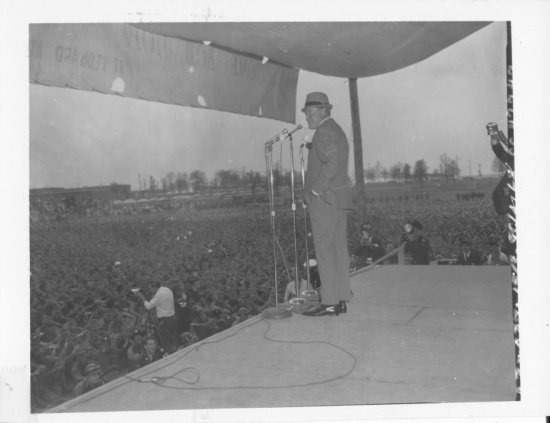