Standing here now is Louisiana State University’s campus, but in the 1800’s, this would have been Gartness Plantation. Gartness Plantation existed through the Antebellum era of Louisiana and had four notable owners until it was considered abandoned after the Civil War and owned by the State. The notable owners were: Stephen Henderson, co-owners Charles G. McHatton & Irene Smith until Smith was bought out by her nephew James M. Williams, who then co-owned with McHatton until the plantation was owned by the State.

There were three plantations that occupied the space where LSU is now, but their neighboring plantation, Magnolia Mound, is all that remains today. As far as current public acknowledgement goes, the only note of Gartness Plantation is a brief mention on LSU’s main website. Legal documents state that on the eve of the civil war, 97 people were enslaved at Gartness, by learning about Gartness’s owners and acknowledging those enslaved persons, it should be obvious that going forward, there should be a stronger presence of what Louisiana State University built their university upon.

One of the earliest plantation owners, Stephen Henderson, purchased Gartness in the 1830’s and owned it until his passing in March 1838. Henderson did not actually live on the plantation, his residency was located in New Orleans and he was a well connected business man whom many people respected and knew.

Stephen Henderson, at the time of his passing had 169 enslaved persons, the names of these enslaved persons were unfortunately unable to be found as of now, but there are several court cases surrounding contraversy of what his will regarded for his slaves. He wished for an old business partner, Henry Doyal, to take ownership of them and when the current children reached age 20, he was to send them to the African nation of Liberia.

During the Antebellum era in America, Liberia was an established area for those slave owners to send their freed slaves to because the idea was ‘They would not make it in America’. This idea was so controversial, that abolitionists advocated for free Blacks to stay in America into the 1930’s, decades after the Emancipation Act was signed into law. Regardless, Henry Doyal did no such thing to agree to Stephen Henderson’s wishes and remained owner of his slaves. However, this did not come with ease to Doyal, as several heirs of Henderson’s took Doyal to court in claims that they were more fit to be rightful owners of Henderson’s property and wealth.

From what is currently known, it is unclear how the transition went after Henderson’s death and what happened to the enslaved persons, but soon after in the early 1940s, Charles G. McHatton and Irene Smith bought and became the new co-owners of Gartness.

The McHatton family was one of the wealthiest families in Baton Rouge in the Antebellum era, having their name tied to numerous historic locations throughout downtown and the surrounding area, and most likely purchased Gartness to increase business profits. Irene Smith, whose maiden name was Williams, could have come into co-ownership of Gartness via nepotism; however, women plantation owners were not uncommon and it could be very possible she herself was a wealthy business owner in Baton Rouge. Unfortunately, records of her own business purchases and sales remain unseen in current city archives.

Irene Smith remained a co-owner of Gartness until April 15, 1857, when her nephew decided to buy out her rights to ownership. The sale lists off the names of 97 enslaved persons who either currently resided at Gartness or would be moved there by Willams. Many of these enslaved persons are only listed by a single first name and their age, very few are listed with a last name, and some individuals are not listed with an age, stating the owners were not even aware of how old all of their slaves were. The oldest listed enslaved person was named Jonah who was 40 at the time, with the youngest being unnamed but labeled - infant.

Williams and McHatton would continue to own Gartness throughout the civil war until they would release ownership of the plantation to the State until it was purchased for the building of Louisiana State University.

The lives of those enslaved at Gartness are practically erased, these were living breathing human beings who more than likely never knew a life of complete freedom because even after the Civil War, many enslaved persons were forced to sign labor contracts with their owners.

The citizens of Louisiana in the Antebellum Era may have failed to recognize and respect the lives of those enslaved, but what about the present day? What could LSU do to honor the history of the land which it built upon: how do they teach the modern citizen about Gartness, and even further, the recognition of those lives who were enslaved here. It should be a priority of all citizens, here at LSU and beyond, to recognize the history of the land they occupy today.

The fact that LSU was built upon Gartness Plantation should be nothing to be ashamed of or hide away, it is known history, but to continue to not honor and recognize the lives of those enslaved here could be preventing African Americans today from filling in missing keys of their family tree. Or the deeper lasting effects of erasing history, does the average LSU student or faculty member even know the history of LSU’s property?

The goal going forward should be a more conscious effort to acknowledge and respect the lives of all historic persons to create a stronger and better educated sense of identity for all Louisiana State University personnel; it could even be the first stepping stone to a nationwide movement. 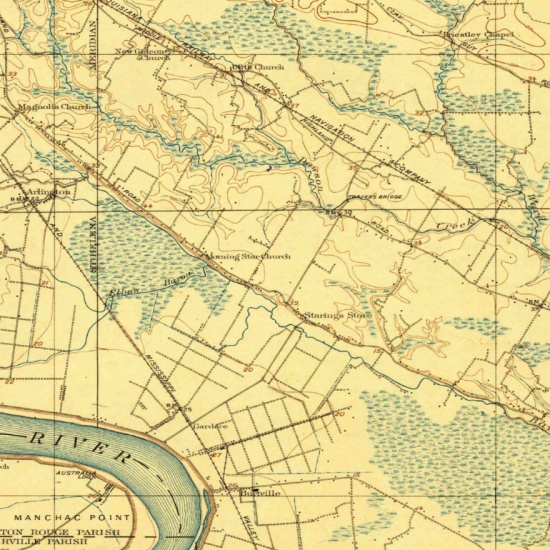