George McClellan was born in Philadelphia in 1826. He left the University of Pennsylvania in 1842 to continue his education at West Point Academy, where he graduated second in his class. Though trained as an engineer, McClellan was best known for his military activities during the Civil War. He had the reputation of being a brilliant but sometimes overly cautious general: one who inspired loyalty and confidence in his men. The memorial to the general was commissioned by the Grand Army of the Republic and given as a gift to the city of Philadelphia. The artist, Henry Jackson Ellicott, completed a number of equestrian statues and memorials for cities throughout the country.

Click here to the listen to the Museum Without Walls™: AUDIO program for General George McLellan 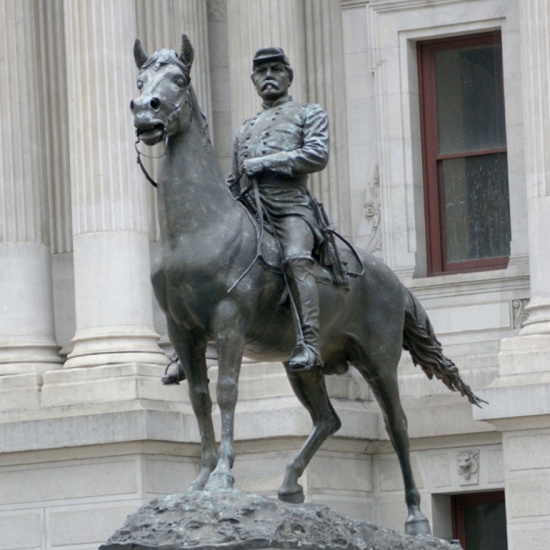