Just four days after the death of General Grant in 1885, the Fairmount Park Art Association (now the Association for Public Art) formed a committee to create a fund for erecting an appropriate memorial. By January of the following year, almost $13,000 had been collected for the Grant Memorial Fund. Daniel Chester French was awarded the commission for the monument and requested that a former student, Edward C. Potter, work with him. Potter had previously collaborated with French and was particularly interested in the modeling of horses. French depicted Grant “surveying a battlefield from an eminence and . . . intent upon the observation of the forces before him. The horse is obedient . . . to the will of his rider. We endeavored in the figure of Grant to give something of the latent force of the man, manifesting itself through perfect passivity.” The model was completed in 1893 and then enlarged to one and a half times life size in Potter’s studio in Enfield, Massachusetts. Casting at the Bureau Brothers Foundry began in 1896. The sculpture was dedicated on April 27, 1899, a date selected to coincide with the 77th anniversary of Grant’s birth.

Click here to listen to the Museum Without Walls™: AUDIO program for General Ulysses S. Grant 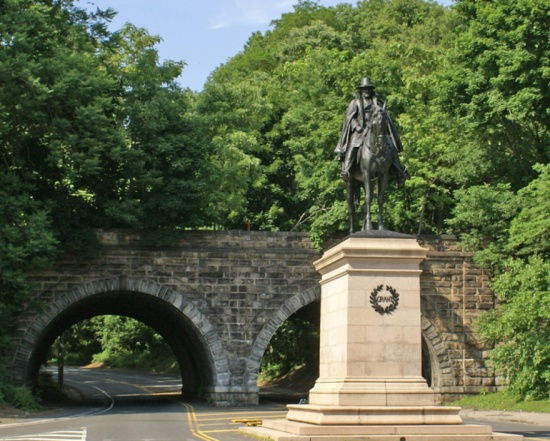 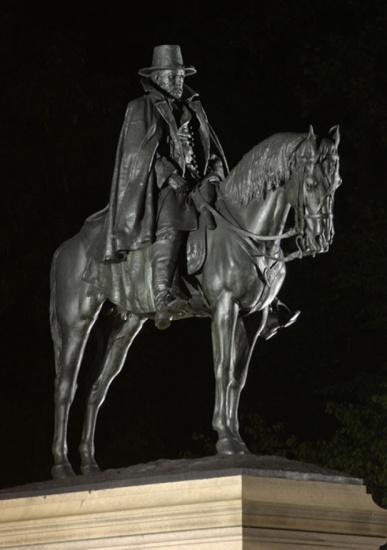