The Guilford County Governmental Complex includes the Guilford County Courthouse Annex and the Greensboro Municipal Building. The complex was constructed between 1968-1972 according to plans by Eduardo Catalano of Cambridge, Massachusetts. In 1950 Catalano was named professor of architecture at the Architectural Association in London and was then appointed head of the Department of Architecture at the North Carolina State University School of Design, where he taught and practiced for five years. During his tenure at NC State he designed and constructed his revolutionary house that House and Home magazine would later name his home the “House of the Decade”. One of his most important contributions was the famous Juilliard School of Music, one of five buildings forming the Lincoln Center for the Performing Arts in New York City. In 1971, the United States government honored him by selecting him as the architect for a new U.S. Embassy in Argentina, later followed by commission for the embassy in South Africa. Open to the Public. 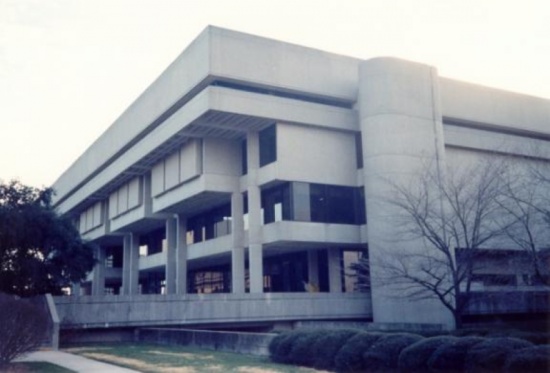