This Greek Revival house has stood at least three different locations. It was originally erected about 1835 by former Governor James Brown Ray at the corner of Pearl & Alabama Streets. Ray served as Governor from 1825 to 1831. After his term he practiced law in Indianapolis. A German immigrant Henry Buscher purchased the house in 1849 and from then until 1897 a member of that family lived there. Then the site was acquired for the Marion County jail and the house was moved to 905 St. Peter Street. Anton H Stick, a clerk at Vonnegut’s Hardware, purchased the house in 1908. It was occupied by members of his family until 1939. In 1977, the last owner sold the house to the city and it was moved by Indiana Landmarks and the neighborhood to its current site. The house was moved and restored in 1977. The garage was built in 1985 and with the house occupies the site of two houses. A third house historically was located on the gravel lot to the north.

After the move, the house was very faithfully restored by James Nice even to the point of replacing broken window panes with historic glass. The garage was one of the first new carriage houses in the neighborhood to create coveted rental units above. 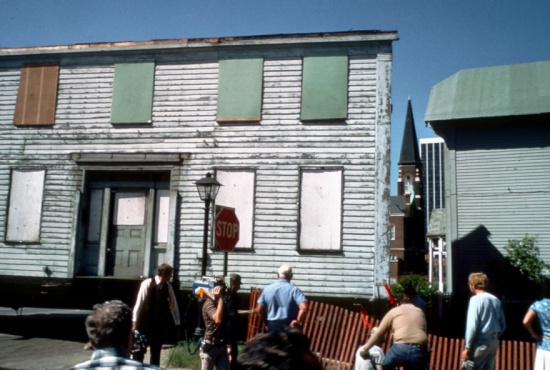 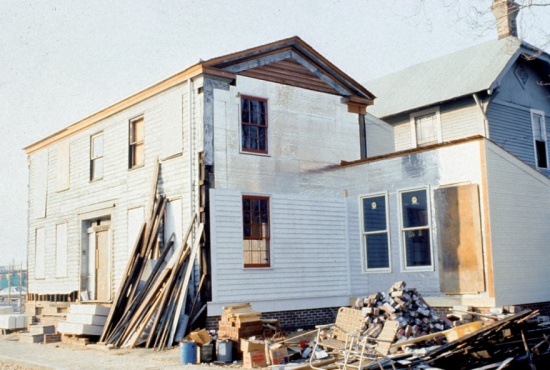