This Gothic Revival church building was built during the American Civil War, but the church itself is much older and its buildings have been on this location since 1733. Burials in its large cemetery date as early as 1734. Today it is a predominantly Black church that reflects the Jamaica, Queens community as it is today -- a multicultural, vibrant community that encourages activism, supports humanities, and welcomes the arts.

Grace Church belongs to the Episcopal Church, a Christian sect or "denomination" which originated in England and became a popular sect here in the American colonies and eventually the United States. In the early 19th century, Episcopalian beliefs often led worshippers to determine that slavery was proven immoral by Jesus Christ's teachings from the New Testament of the Christian Bible. The King family all attended Grace Church, which may have strengthened their resolve toward the anti-slavery cause; Rufus King, his wife Mary Alsop King and their sons John Alsop King, James Gore King, and Charles King are also buried here.

Episcopalian beliefs also made this sect a good foundation for Black activism -- Samuel Berry became an Episcopal priest, and St. Mark's was an Episcopalian school. It makes sense, therefore, that another Episcopal church like Grace was chosen to host New York State's first convention for Black suffrage and the social and economic advancement of people of color.

It was held at the Israel African Methodist Episcopal Church which remains on Hamilton Street in Albany, NY as the oldest Black church in Upstate NY, founded 1828. About 40 representatives from across New York were in attendance. Among the representatives present was Samuel Berry for Jamaica; he was, presumably, elected by the Black populace in Jamaica to serve as their delegate.

One of the main purposes of the convention was to address the “unjust” and “anti-republican” voting restraints put upon citizens of color under the State's current 1821 Constitution. The meeting drafted a lengthy address to their “Fellow-Citizens,” which presented their argument on why they deserved to have “equal and entire” citizenship based on the grounds of “common humanity.” At the end of the statement, the Convention implored that in the efforts to restore their “republican birthright,” fellow citizens must take up the “speedy adoption of such plans, and the formatio[n] of such measures, as may soon lead to the erasure of the odious proscriptive act of which we complain-we secured an equal suffrage, and the State freed from a stain upon its character.”

After the 1840 State Convention, Berry returned to Jamaica where he once again continued working with Rantous. Berry & Rantous jointly arranged for a General Meeting to be held at St. Mark’s on January 6, 1841 to discuss measures to address disenfranchisement and to provide petitions for the public to sign. The Colored American accounts for a meeting taking place on the 18th of January taking up the same subject, where Rantous acted as Secretary and Berry addressed the assembled.

Rantous and Berry's further efforts into organizing statewide action, including another convention to be held in November of 1841, gained traction and praise even outside of New York; a prominent Black newspaper from Boston -- America's first, The Liberator -- published the invitation. “Will the traducers of the colored fellow-citizens read it, and say whether this does not indicate a hungering and thirsting after knowledge, worthy of the highest commendation?” The Liberator's article reads. The invitation itself, signed by Rantous and Berry, encouraged Black citizens from across Long Island to "Come from old Suffolk [County]; our noble, active, and enterprising brethren of Kings [County], they must come, they of Queens [County] must not stay at home. Come from the borders of the blue waters of the Atlantic-from the shores of Long Island Sound.” It also appealed to the pride of Black Long Islanders, reminding them to “Remember that the first county convention held in this State, was held on the island, and the first State Convention was appointed by freemen of the island." When the 1841 Jamaica Convention was concluded, they left with these resolutions:

Resolved, That the first step in the elevation of a people, is to enlighten and render them intelligent by Education.

Resolved, That those parents who refuse to educate their children, and fit them to become useful and honorable citizens, are enemies alike to the happiness of their offspring, the prosperity of their people, and the well being of society.

Resolved, That we recommend the clergy to enlist in the cause of education, and that we consider it the duty of every Christian Minister to see to the intellectual and moral, as well as the religious instruction of his charge.

Resolved, That, for the better advancement of the cause of Intellectual and Moral Improvement, a Society be formed, to be called “A Society for the Improvement of the Condition of the People of Color.”

The Evening Star comments on the resolutions, describing them as knowledgeable and goes on to decry the “prejudices of the North” for excluding the Black population from resources that would improve their condition. Additionally, the article calls for more attention to be put on the education of the young; arguing that “Their children must have the benefit of schools...when society has been just to them, it may with all propriety demand justice from them. In what men give to the purpose of their elevation they give but to receive again an hundred fold.”

Sadly, this final commentary on the 1841 Jamaica Convention is the last detail we currently have on the Convention movement in Jamaica Village. With the Colored American ceasing publication in 1842, and local, white-centric papers in Queens covering very little of the occurrences of the Black community, not much else is known about the continued push for suffrage in the area. As for the wider Statewide movement for suffrage, the multiple petitions to the New York Legislature did not result in amending the State’s Constitution. Not until the ratification of the Fifteenth Amendment to the U.S. Constitution in 1870 would Black (male) New Yorkers regain their political citizenship and be allowed to vote on equal footing -- at least, legally -- with white men.

Heading back to King Manor Museum, take a moment to think about how Wilson Rantous and Samuel Berry's activism relates to community issues present in today's New York. 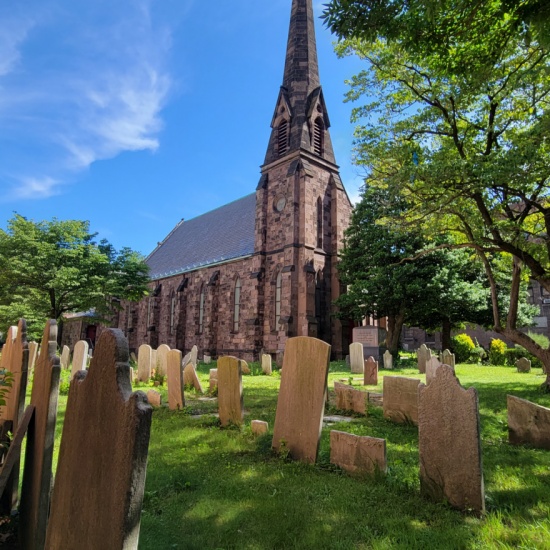 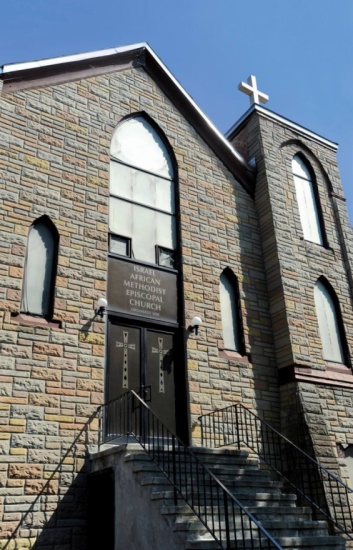