At the time of construction, Greensboro had outgrown the smaller station on Elm Street and as a regional rail hub (hence the city’s nickname “The Gate City”) it was richly rewarded with construction of the grandest railroad station in North Carolina. The Beaux-Arts facade features Ionic columns and a full entablature that front a two-story arched entry. Inside, the waiting room showcases a mural depicting the service area of the Southern Railway system in the 1920s. The station was returned to passenger rail service in 2004 after a 20-year hiatus. Today it handles one of the highest passenger counts in North Carolina through eight passenger trains a day with service to New York and New Orleans. Open to the public. 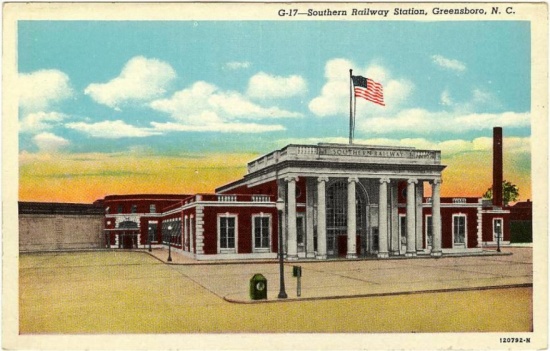