Turn left when you get to the paved road, which is now called Thrasher Road (after the bird) but was originally called Happy Hollow Road. On the left is the Iowa Tribal Learning Center, originally the location of the Oak Grove School and then a country church was built here, once the school was moved. The road will lead down to the River Road and the Missouri River. You will see cuts in the road exposing the yellowish soil that makes up the steep landscape here. These are loess deposits, laid down by the winds blowing silt from glaciers far to the west during the last Ice Age over 14,000 years ago. "Loess", pronounced "luss", is derived from the German word meaning "loose or crumbly." 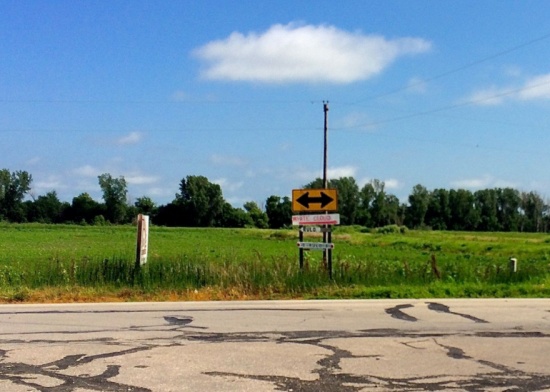 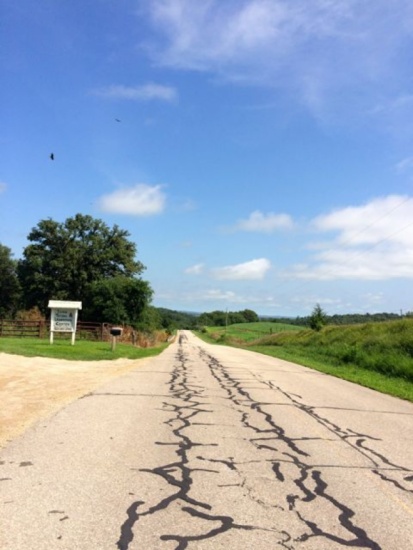