Harlem Plantation, situated in Plaquemines Parish Louisiana was built around the year 1820. It was a sugar and corn plantation, meaning the labor for the enslaved African Americans on this plantation was hard and intense. When the plantation first began operating, it was considered to be a small plantation, with only about 15 slaves working and living on the grounds, yet by the end of slavery there were about 80 slaves, making it one of the larger plantations in Louisiana. There is not much known about the plantation without opening up ledgers and billing statements from the original plantation owners and operators, however it still serves as an important landmark to the Baton Rouge area in regards to slavery.

Due to Harlem Plantation focusing on sugar production, life on the plantation was particularly grueling due to the intensive labor required to harvest the sugarcane. Harlem’s ledgers featured a journal of the daily activities on the plantation, which included different aspects of the life of the people enslaved there. Most diary entries recorded what jobs the slaves did daily, some of which included harvesting sugarcane, house domestics, and water fetching. The owners rarely mentioned anything related to how slaves were punished, other than one entry when the plantation first started turning a profit where a mother was put in shackles for an unknown cause. The diary only included this brutal act of torture as a way to show that her young son did not harvest as much sugar cane as he had the day before because of this, making it obvious that the matter only held importance to the owners from a financial viewpoint. The brutality of plantation life was only mentioned elsewhere when looking at records before and after the harvest. The cruelty of life on Harlem Plantation was also shown by how the Wederstrandt’s, the owners, took a census on every slave alive before the harvest and after the harvest, and would write down which slaves had passed. The death toll would be quite large, some years ranging to almost half of the plantation slave population. It was revealed in one ledger that one of the brothers of the family would go down to New Orleans after every harvest to purchase new slaves for the next harvest, the height of these purchases going to upwards of $8,000 to help replenish the labor lost after previous harvests.

Although there were many slaves mentioned in the ledgers, most of them were not given last names, other than the Griffin family. The family tree starts with Solomon and his wife Sally. They had 6 children together, named Frederick, Lloyd, Richard, Caroline, Rachel, and Emma. All children were under the age of 13 and were continously mentioned as being alive before and after numerous harvest seasons. Another member of the Griffin family is Matilda. She is most likely a sister of Soloman's, as she is not reported to be a child in the ledger and is not listed under as one of Soloman and Sally's children. She had 5 children named Betsy, Sarah, Henry, Joshua, and Ally, who was an infant.After the Civil War, documents about the Griffins are hard to uncover, but thankfully a few important details were recorded. Solomon and Sally were not recorded after the war, so it is safe to assume that they passed before emancipation, as they were in their early 40s during the 1850s. Betsy ended up marrying a man named Saul and she moved to St. Charles with him and lived there until she was in her 50s. She had 9 children with him. Betsy's brother, Richard and another potential unnamed brother were recorded in the 1850 census as living in Ascension Parish and East Baton Rough Parish. Although there are no other records on the exact whereabouts of the other Griffins, it can safely be determined that they were able to escape an indentured system on their old plantation, as there are no former slaves from Plaquemines Parish that align with the Griffins family tree and family credentials.

Harlem Plantation has historical importance for several reasons. The first point of importance that this plantation holds is the amount of history that can still be learned about the slave population living there throughout the decades, despite many plantation files and diaries being left to rot after the Civil War. During the half century that Harlem Plantation was operational, the Griffin family was a large family of enslaved people living and working on the plantation. It is a historical loss that more records on the Griffin family were destroyed due to the plantation being left to deteriorate after the Civil War, especially since there are most likely descendants of this same family still living in Louisiana today. The second reason behind the relevance and importance of Harlem Plantation lies in how it’s perceived in modern times. This plantation home represents something different than other plantation homes do, a different side of the same coin if you will. For example, there are many still-standing plantation homes that have been renovated and restored into different “elegant” venues such as wedding venues, bed and breakfasts, etc. Despite Harlem Plantation not being turned into a tourist attraction, glorifying the Antebellum South days of slavery and racism-fueled brutality, it’s current state and neglect issues the same message to everyone. The deterioration of the plantation and the loss of records from it portrays the same dangerous information as it would if Harlem Plantation had been turned into a wedding venue. The lack of information made public about Harlem Plantation makes it even easier to ignore the harsh reality of what slavery was and how horrible it really was, and in particular how if affected entire family structures. It cannot be forgotten that a massive family, even by modern standards, was held on this plantation. There are still likely descendents of the Griffins alive today and by leaving the plantation to deteriorate, it is symbollically showing that the strength of the Griffin family that helped them survive the horrors of slavery is meaningless. Together, we need to create programs to spread the information of Harlem Plantation and try to implement a restoration process to the plantation’s house and grounds. This is the only step forward we can take to inform people about the general truth of slavery, as well as help uplift and bring awareness to the major families who were able to survive together through it's horrors. 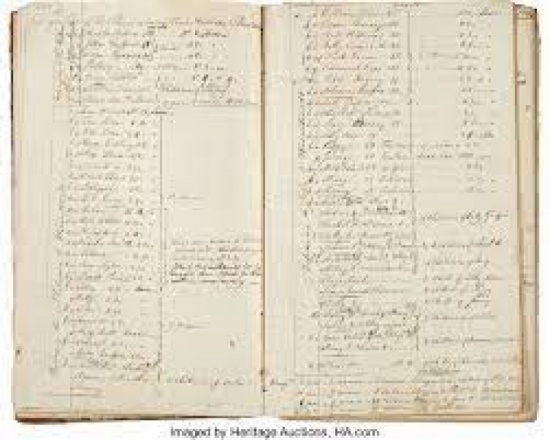