At Point of Interest Number 4 you should be standing just beyond the former Butcher’s shop (Number 55 High Street) and be situated opposite ‘The Lace Factory’ on the other side of the street.

The site in the High Street was available as the buildings had been destroyed by fire in 1924, so Harry Armstrong, a local lace dealer, employed in 1928 local builder George Knight to erect the Lace Factory, as it became known. Harry wanted a building ‘the like of which Olney has not seen before’. Builder George had to talk him out of Corinthian columns and other fanciful designs. A recent photograph of the building is shown above.

Being the time of the Great Depression, it was constructed mostly with second hand materials. The only work with new materials was the carving on the façade, which originally included three huge carvings over the front door of a bobbin winder, candle-stool and a bobbin stand. A photograph of the 'topping out' ceremony on the factory building is included above.

Lace was never made in the Lace Factory. It was used as offices and as a warehouse, where lace was sewn onto garments or any article that Harry thought could be adorned with lace! It was then packed into parcels which were sent out worldwide.

A photograph of the finished building is shown above complete with the the carving on the façade. Another photograph taken in July 1931 shows the girls employed at the lace factory.

The lace was made by women in their homes and brought into the Lace Factory for sale or collected by agents in local villages. Out of their earnings the lace makers had to buy the thread for the next week’s work!

Harry advertised his business in women’s magazines and by sending out postcards touting for business from individual women or women’s groups. A response would result in the dispatch of a parcel of lace ‘on approval'. Prospective purchasers were given a month to pay up or return the goods. The late Cis Elderton who worked in the office for him said they lost very few parcels. "People were honest in those days" she said.

See Cis Elderton's article and video on the ODHS website.

Harry was quite a character as he traded as ‘Mrs Armstrong’, believing women were more likely to buy lace from another woman! Sadly, he died at the early age of 56 while on a business trip to Scotland in 1943.

Thereafter lace making in Olney, as a business, was only carried on by a few older women who made lace for gifts.

See two images above of an example of a lace pattern together with the finished lace item produced in Olney. The item is a lace collar with a nine-pin edging, square 'leaves' and a 'plait and picot' ground.

Lace making enjoyed a revival in Olney in the 1970s, following a national resurgence of the craft in the 1950s and 60s through the efforts of the Women’s Institute and local adult education classes. By this time the once traditional cottage industry had become a leisure-time craft. The ‘Olney Lace Circle’ was formed in the 1970s and continues lace making today, still as a leisure-time activity.

Link to the Olney Lace Circle

Next, turn around, and with extra care, cross the road using the uncontrolled crossing. Then, walk back towards the Market Place, a distance of some 200 metres, and pause at Number 24 The Honey House, Point of Interest Number 5. 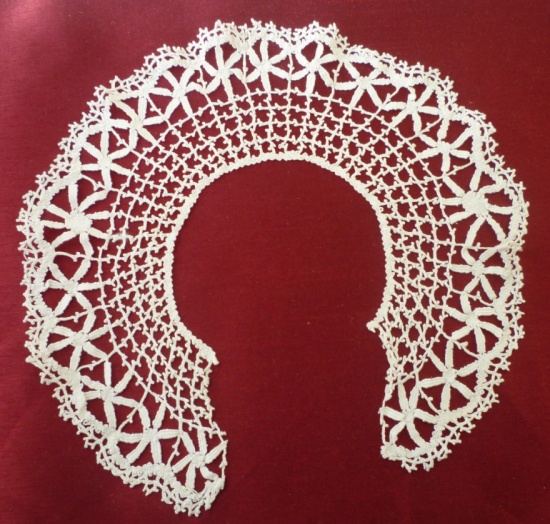 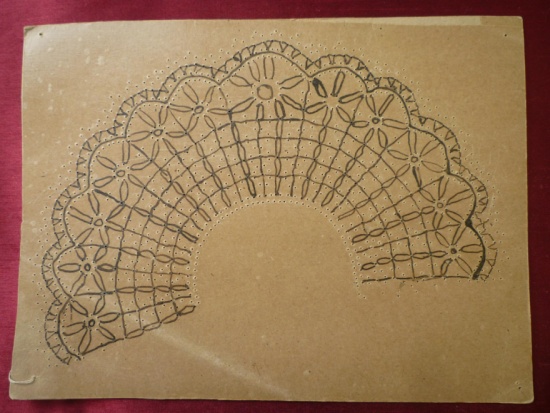 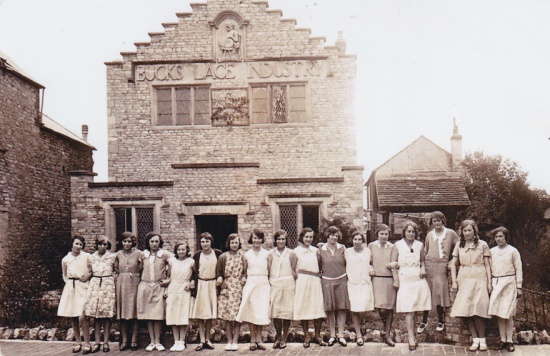 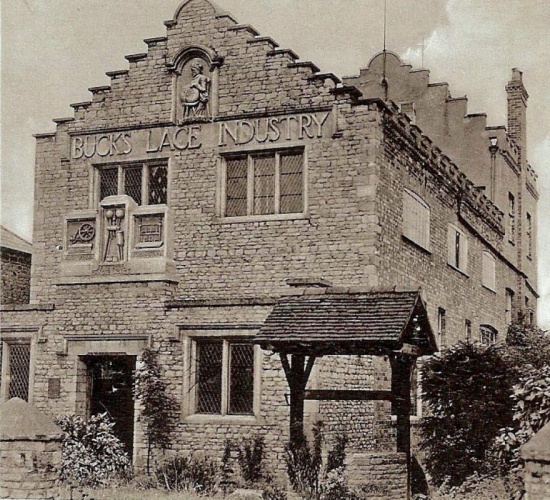 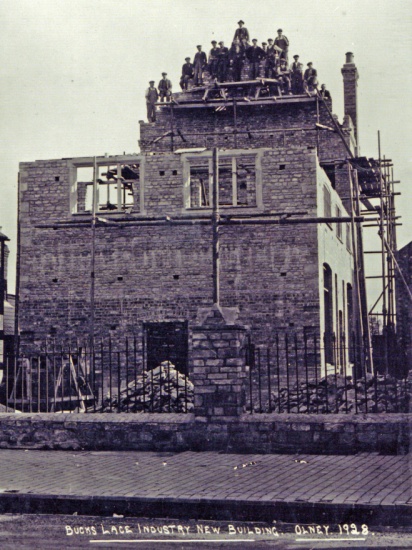 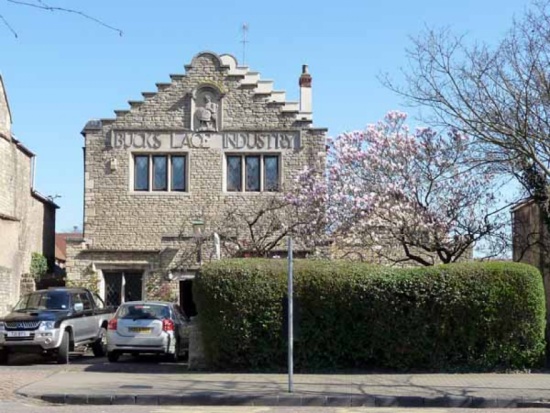