Haven Beach was a planned community begun in 1914 for "homes of high character." The subdivision exteded up the shoreline about two blocks and ovre to the bay with lots platted around a dredged canel and Yacht Basin. Sales began in earnest around 1919, after the doldrums of World War I years. The sales manager had a big seven passenger Buick to bring prospects from Tampa and St. Petersburg, with promises of free dinners and great deals. Haven Beach became known as an enclave for prominent Tampa familes, among them bankers, attorneys and society figures. They would come to their beach home during the summertime and rent it out in the winter. The Florida real estate boom ended by 1926 but Haven Beach helped define the residential character of Indian Rocks Beach for years to come.

Walk out to the beach from walkover and turn around and look at the two cottages and catch a glimpse of what cottage life was like in the early 1900s. These cottages were originally built in 1917 and 1919 and have been thoughtfully restored. 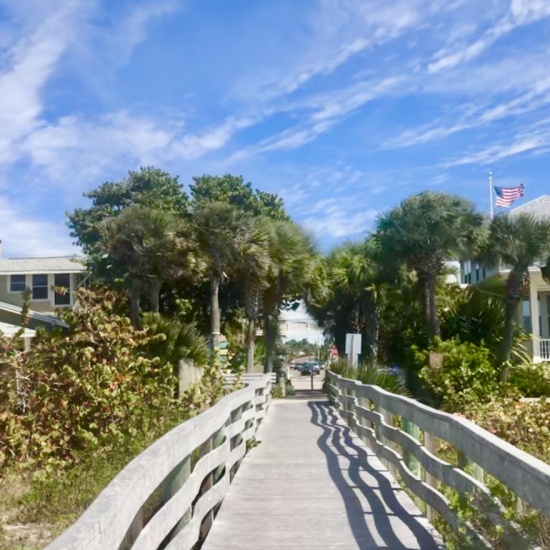 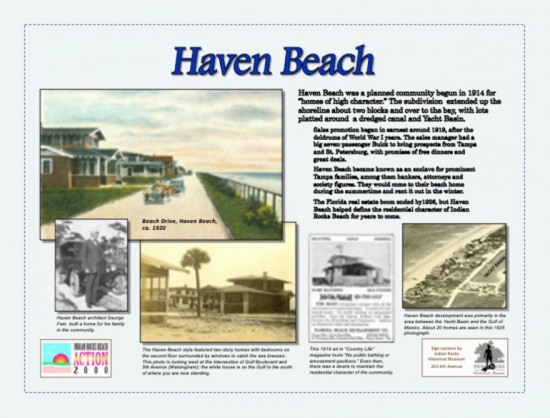 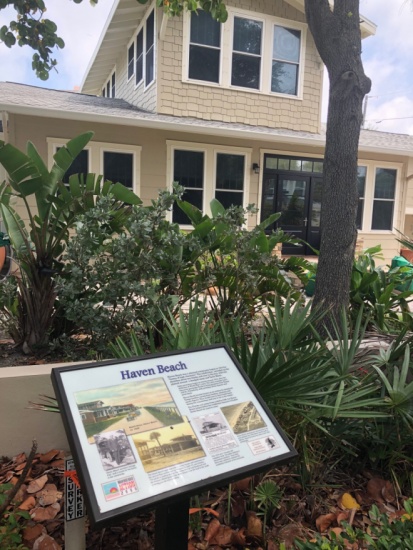