Hinds Hall is the home of the iSchool, Syracuse University's School of Information Studies. Built in the mid-1950s and redesigned in 2003, the high-tech, modern space showcases the latest in technology and design, including eight research centers and a collaborative idea lab with floor-to-ceiling whiteboards as well as an iPad bar to test apps.

Originally built as the School of Management building, it holds classrooms, administrative offices, and a 200-seat auditorium. When the Whitman School of Management Building was constructed in 2005, Crouse-Hinds became home to offices such as Academic Affairs, Admissions, the Chancellor's Office, and the Provost's Office. 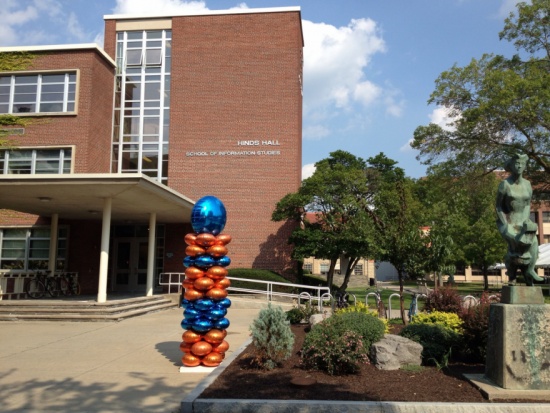