Going all the way back to the time before Europeans arrived on the continent, there isn’t much evidence to help us know who lived in this area prior to the late 1700s, but to tell the truth, there haven’t been many concerted archeological efforts to find them. There have been a few discoveries of artifacts, though, that suggest Native Americans – particularly the Abenaki tribe - were here at one time, but our first documentation of Montpelier comes when it was formally chartered in 1781, during the period when Vermont had declared itself an independent republic.

A Revolutionary War veteran named Colonel Jacob Davis gets the credit as the city’s founder. He came here from Massachusetts with his wife Rebecca and their sons, and for the first several years Jacob was a regular Paul Bunyan. He cleared land at the rate of an acre a day, according to historical eyewitnesses.

HOW WE GOT OUR NAME

Jacob Davis built the first streets in the town that came to be known as Montpelier. It was named after a city of the same name in France, probably because of the general good feeling toward France as an American ally during the war.

HOW WE BECAME THE STATE CAPITAL

Through the end of the 18th century, the Legislature convened in spots all over the state because there was no fixed capital for Vermont, but in 1805 the government was officially transferred here because of its central location. It’s been the capital ever since, but for a while, we had a hard time hanging on to the title. There was often some sneaky movement afoot to move everything off to Burlington, but Montpe‐ lier kept a firm grip and won out in the end.

The city today has a population that moves between 8,000-9,000 people. We are the smallest capital city in the country, and that superlative gives me the excuse to note that we are also the only one without a McDonald’s.

Keep that in mind if it ever comes up as a Jeopardy question. We like to brag about it, so it isn’t likely to change.

In fairness, though, we have only to go a few miles south for our Big Mac fix. And although we have only about 8,000 residents, the population swells daily to as many as 21,000, factoring in all the private and state employees who come here to work, and those who have business to conduct with any of them.

To give you some general perspective on what you’ll be seeing during these tours, the city has the largest historic district in the state. Its listing in the National Register of Historic Places has been expanded twice, and now encompasses 533 historic structures.

WELCOME TO THE NEIGHBORHOOD

If you haven’t done so already, head back to the sidewalk in front of the Visitors Center. Here, we’re on the northwestern edge of what’s known as the “Capitol Complex”. Most of the houses you’ll see in the next few blocks are state-owned and have various agencies in them, but many date back to the 1800s when this was a fashionable residential neighborhood. 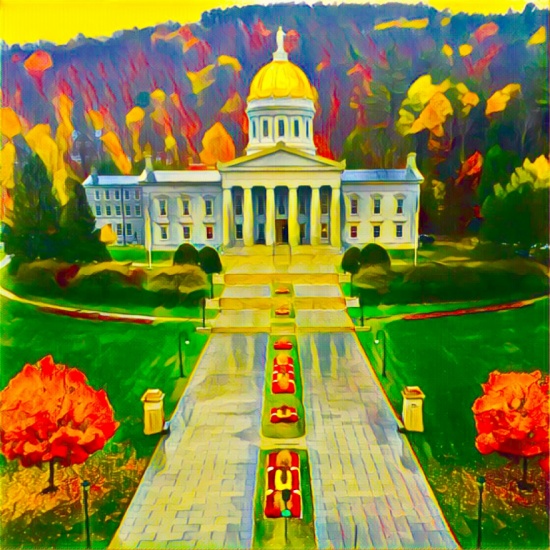 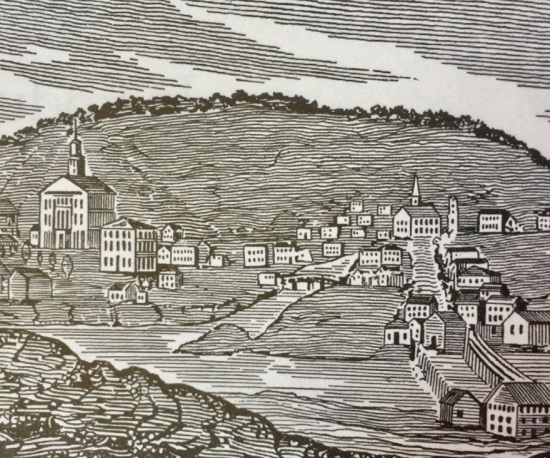