In 1916, the era of hose carts ended. The two hose cart companies sat down with the town board to raise funds to purchase a motor fire vehicle. In 1919, the town board paid $4,240 for a motorized job. It was given a try and water was thrown over over the flour mill. Six years later the city purchased another one. In 1947, they purchased a fire truck that was equipped for fighting fires in the countryside. Money subscribed by people in Locke, Union, Scott and Jefferson townships was used to purchase the truck. 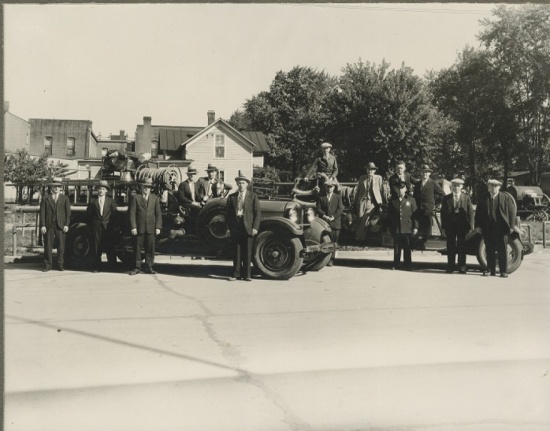