Nothing remains of the luxurious Hotel Warden, once a staple of life in Downtown Newark. A modern restaurant now sits in its place, but this lost building witnessed several tragic incidents. The hotel underwent major reconstruction in the 1880s as the Warden family sought to turn the old hotel into a more modern structure for the coming century. A major component of the renovation was the addition of a fourth floor. Local legend maintains that during this construction, a mason fell off the scaffolding to his death on the street below. The other masons then placed the dead man’s trowel on the exterior of the fourth floor to honor their fellow, pointing downward to the spot where he fell.

Even though the building is now gone, the trowel survives as part of the collection at the Licking County Historical Society. A tragic death yet this is not the only gruesome event to befall the Warden. On November 26, 1886, Newark Police Office Thomas Roach was shot in the chest by William Gorman while resisting arrest. The two men had a history of prior disagreements which led to the incident on the public street near the Warden. Shot and bleeding, Roach was able to stumble into the Hotel Warden before succumbing to his wound. He died in the hotel lobby. The violent death of Roach gives us another possible specter haunting this corner of Newark, but the deaths linked to the Warden are not quite finished. In 1939, Mary Warden, wife of the hotel owner and a resident at the hotel, died in the building at the age of 78. Even though the Warden closed in1959 and demolished in 1966, its history remains with us.

Image 1: Postcard image of the Hotel Warden circa 1915.

Image 2: Photograph of the Hotel Warden where an external feature, possibly the mason's trowel, appears visible.

Image 3: The corner of Second and Main Streets as it appears today. 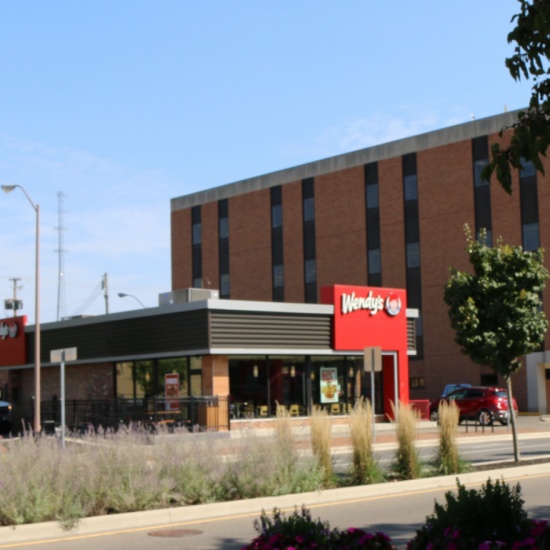 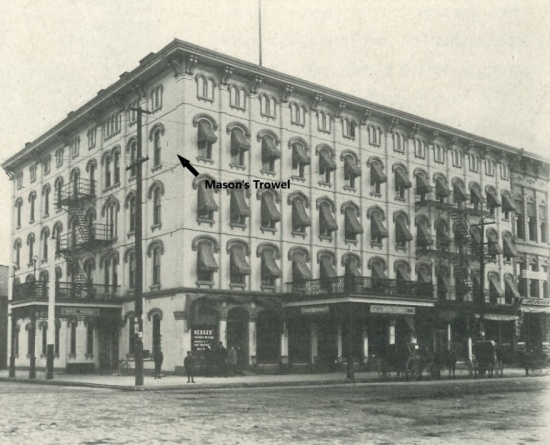 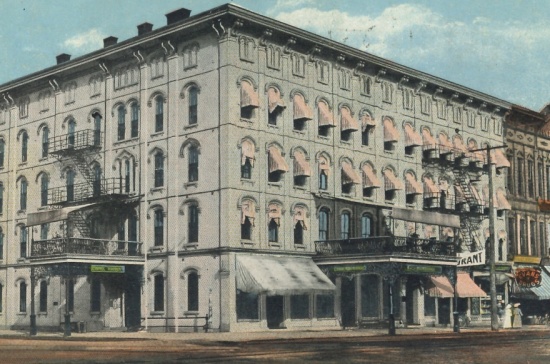