The United States Post Office is located at the southeast corner of South Broadway Avenue and East West Elm Street, at 202 South Broadway. It was designed by Oscar Wenderoth in the Classical Revival style. The two-story, tan brick structure sits on a limestone base with a recessed grand entrance that is supported by four large limestone Corinthian columns. It is also listed in the Inventory of Historic Structures before W.W.II in Champaign County. The building is owned and operated by the Urbana-Champaign Independent Media Center, a grassroots organization that supports the creation and distribution of media and art.

This point of interest is part of the tour: Urbana's Downtown Historic District Tour 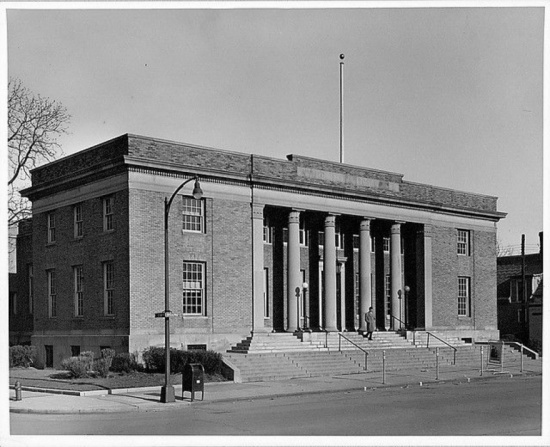