James Dorsey Forrest was a professor of sociology and economics at Butler University, beginning in 1897. His wife, Albertina Allen Forrest, also taught at Butler. Within a few years of his wife's death, Forrest was living in the large brick Tudor Revival-style house constructed in 1906 in the southern portion of the circle at 30 North Audubon Road. He resigned his chair at Butler in 1909 to become president of the Citizens Gas Company.

Butler president Thomas Carr Howe purchased the house in 1914 and lived there for a decade before selling it to the Irvington United Methodist Church in 1924.

Architect Herbert Foltz designed an addition, which was constructed north of the original house and the $218,574 church was dedicated in September 1926.

To learn more about the history of this building, read this article.

This point of interest is part of the tour: Irvington Neighborhood Biking Tour 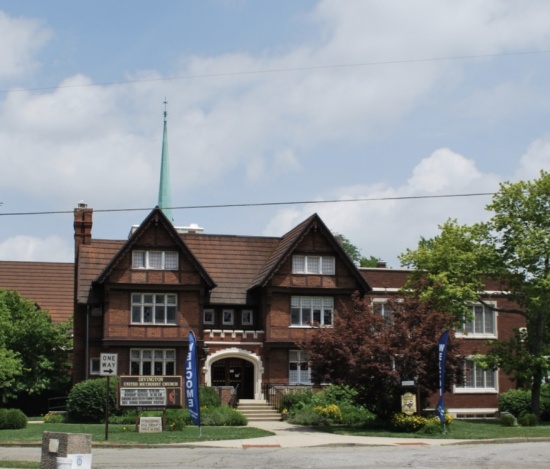