This house was built in 1872 by John R. Nickum, a partner in the baking firm of Parrott & Nickum Company. It was designed by architect, Robert Plat Daggett. Poet, James Whitcomb Riley spent the last 23 years of his life here as a paying guest of Major and Mrs. Charles Holstein. Mrs. Holstein was Nickum’s daughter. Riley died in 1916 and the house was closed. Through efforts of Booth Tarkington, other authors and friends of Riley, the home and its contents were purchased for a museum. Since 1923, the property has been owned and maintained by the James Whitcomb Riley Memorial Association. The house was placed on the National Register of Historic Places in 1966, recorded on the Historic American Buildings Survey in 1971 and is a National Historic Landmark. It architectural style is Italianate.

The Riley Home has been a foundational influence for Lockerbie Square and has an anchor for the neighborhood. The neighborhood has its 4th of July celebration in the side yard for many years and meets monthly in its Educational Center. The Billie Lou Wood Educational Center is the east yard was built in 2012, designed by architect, James T. Kienle, FAIA who is an preservation architect who lives in the neighborhood, . We invite you to return to the Riley Home at another time and plan to spend at least an hour touring the home and grounds. It is unique to have all of the original contents and not just some time “of the period”. 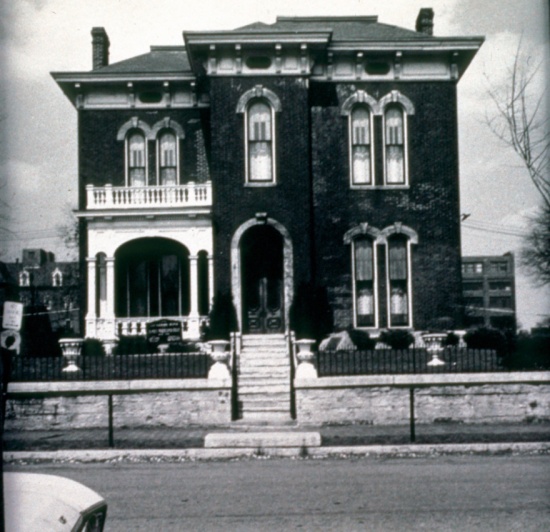 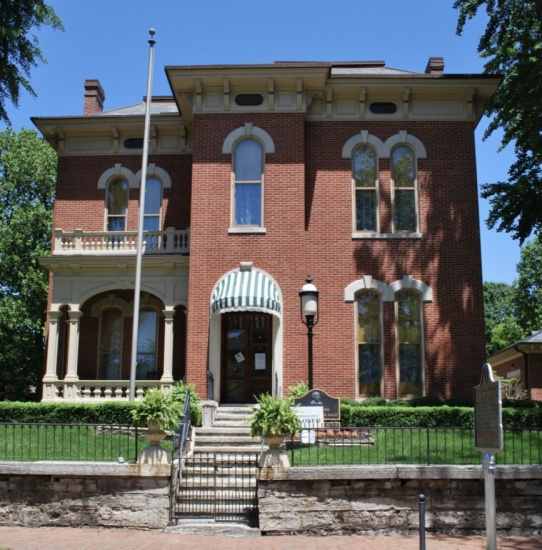