Charlotte County's first sheriff was James H. Lipscomb, a school teacher, former town marshal and long-time member of the local Masonic Lodge. The first sheriff resided on the second floor of the County Courthouse which was also the jail.

Governor Hardee appointed J. H. Lipscomb as the first Charlotte County Sheriff on May 4, 1921. Thereafter the position of sheriff was determined by an election and Sheriff Lipscomb was handily defeated by Punta Gorda native son, Fred Quednau, in 1940.

Sheriff Lipscomb is a controversial figure because three suspicious deaths occurred during his tenure, and he failed to investigate them:

People today who are familiar with CSI techniques wonder why Sheriff Lipscomb didn't follow up on these mysterious deaths.

On a side note, it was reported in the August 17, 1916 Punta Gorda Herald that then Marshal Lipscomb and Constable Leslie Lewis (later would become chief of police) observed a UFO around the Acline Road area. They said it was a "mysterious object, which they were sure was an aeroplane of some kind." 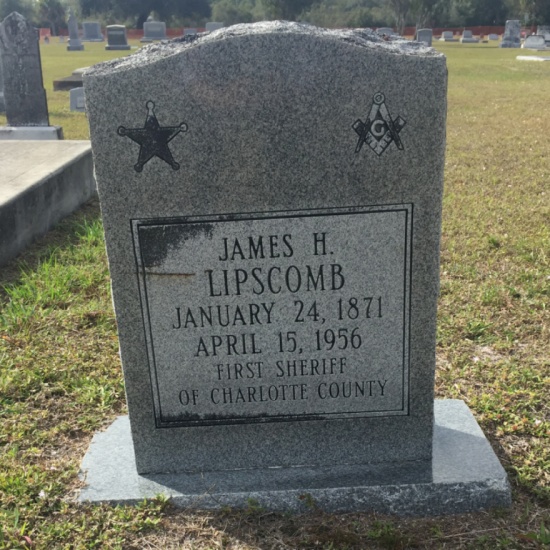