The 990-foot-long Juno Beach Pier is a magnet for both casual visitors who are interested in the views as well as for avid saltwater fishermen. Admission to the pier is only $1 for spectators and $4 for fishermen.

Why is this pier so great for fishing? Fish are very attracted to the area, both for feeding and breeding. The strong Gulf Stream current sweeps warm water from the Gulf of Mexico up along the Atlantic coast. It runs very close to shore in this area and so the waters get deep quickly.

Did you know that fish migrate depending on the season? This area is like I-95 for fish! As you walk out on the pier and as the water deepens, you may even see different species of fish swimming below. From May to July, fishermen flock here to catch huge snook. Other species often caught include pompano, jacks, Spanish mackerel, bluefish, cobia, and kingfish.

This is not the first pier in Juno Beach. The original Juno Beach Fishing Pier was built 1½ miles south of here in 1949. It was only half as long but for years was the town’s main tourist attraction. It was the only pier between Cape Canaveral and Lake Worth. That pier cost $40,000 to build and was sold to private owners a decade later for $47,000. In 1984, a Thanksgiving storm hurled 20-foot waves at the badly corroded structure and damaged it beyond repair.

It wasn’t until two decades later, in 1999, that Palm Beach County took on the task of building this modern replacement at the cost of $2.5 million. Some local residents, with fond memories of the original pier, still refer to this as “the new pier.” It was designed not only to be bigger but also to be sturdy enough to withstand major hurricanes.

Though it’s County owned, the pier is managed by the Loggerhead Marinelife Center, which is dedicated to protecting our sea turtles. They take special care of the underwater areas around the pier and keep them clear of debris and fishing tackle that can pose risks to turtles and other marine life. The Marinelife Center also runs special programs here for children.

Looking at the pier you’ll see the Pier House, where you can enjoy snacks and refreshments, buy bait, and even rent a fishing rod.

The historical marker at this location describes the Original Juno Beach Fishing Pier that was located about 1.6 miles south of this location at Mercury Road which is just east of the Juno Beach Town Center. Construction of the original pier was completed in 1950. The pier was open until 1984, when a Thanksgiving weekend storm tore out the center of the pier. 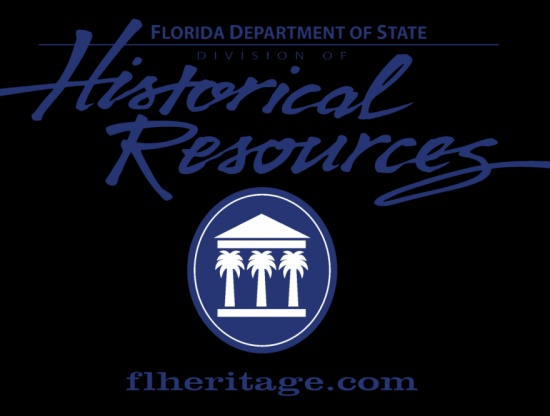 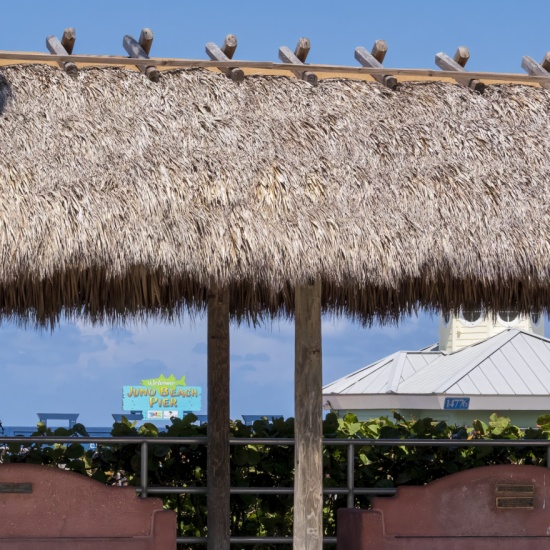 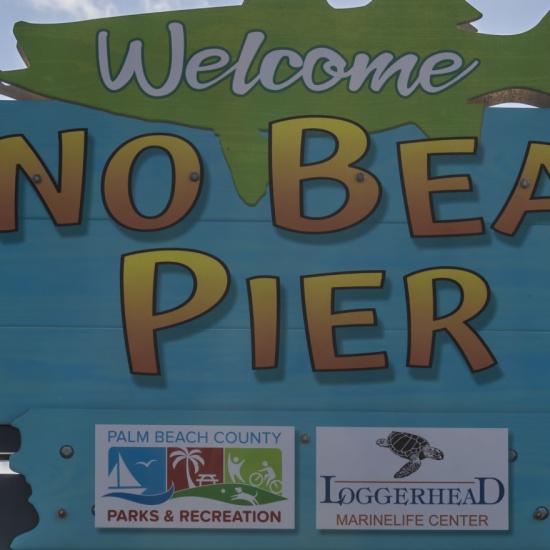 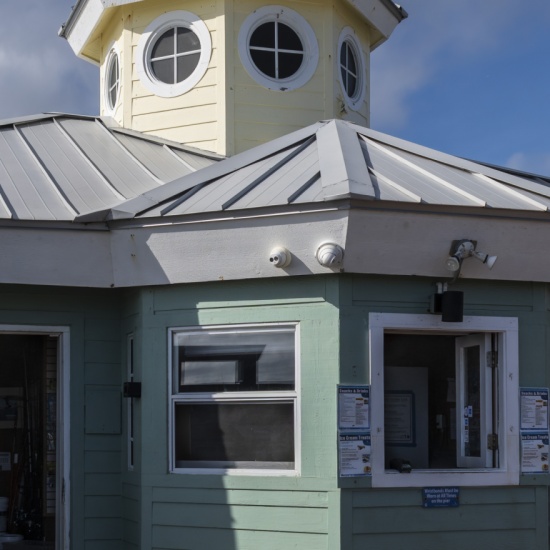 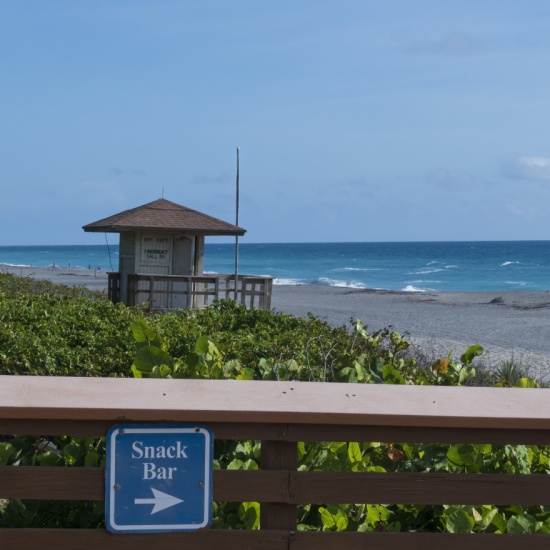 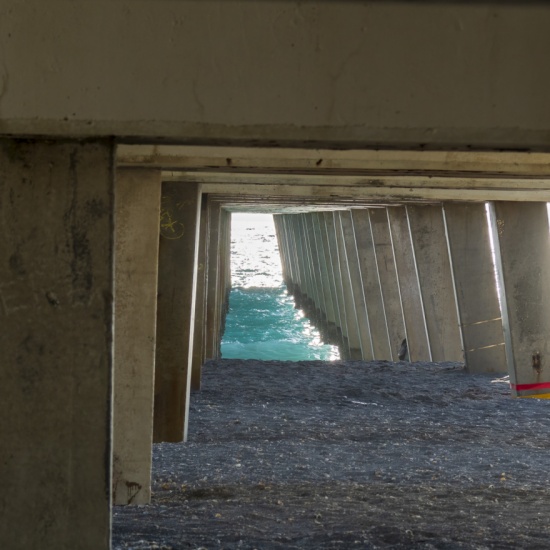 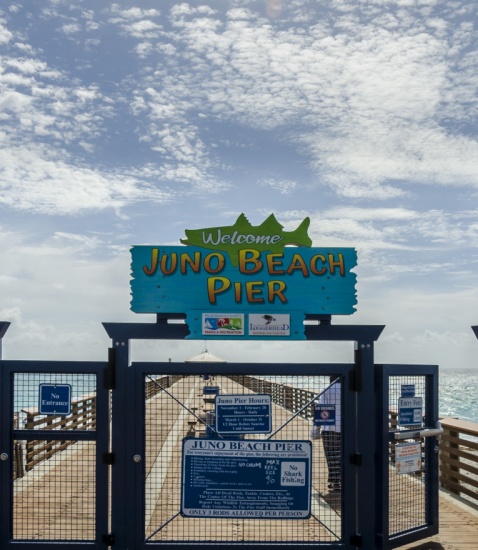 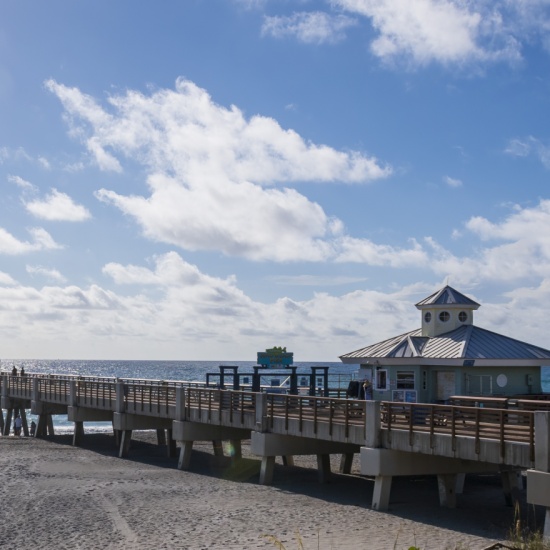 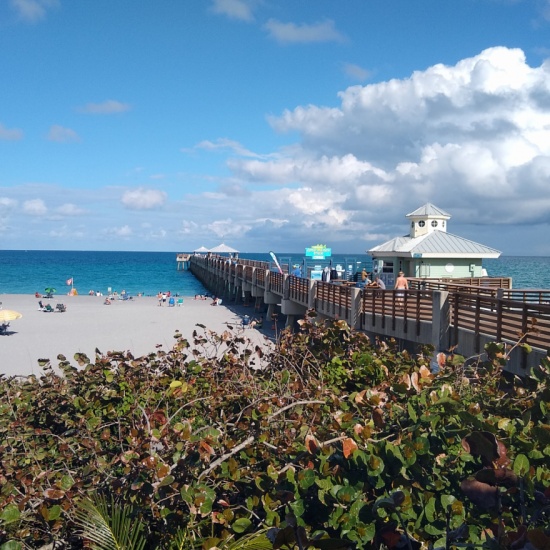 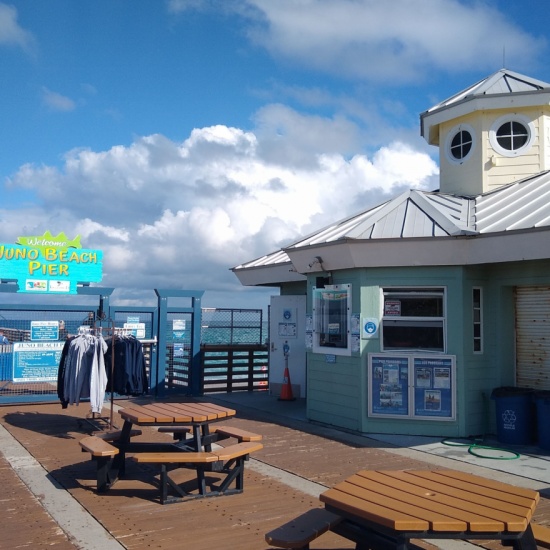 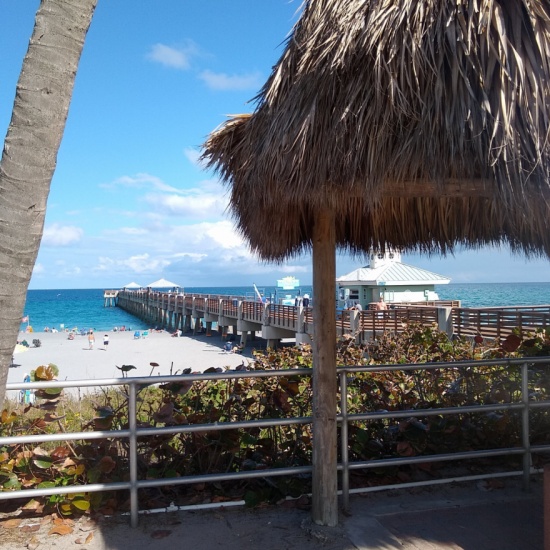