Joseph Keyes had these two buildings built in 1916. The west building was one-story, 25' x 100', and was constructed with Twin Cities faded brick. The main features are the peaked brick cornice and the two diamond shapes in the front facade. The east building was two stories, 25' x 110' with a brick facade to match the other. It was built for the Gano Hotel & Cafe. The cafe could seat 100 patrons and the hotel had 18 rooms, each boasting a window.

Wilson's Department Store opened in the east building in 1946 and expanded into the west building in 1968. At that time the front facade of both buildings were modernized, including a full aluminum screen siding which was removed in 1979. 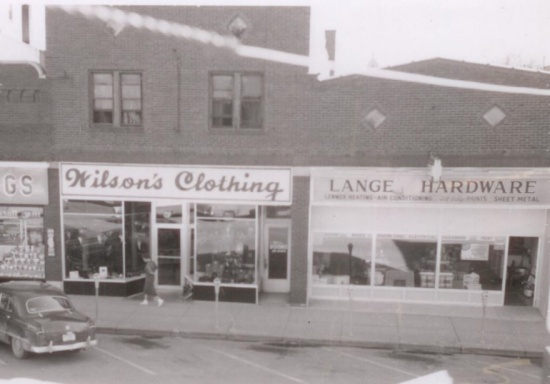