Ladd Park, formerly known as City Park or Upper Park, was purchased from the Hoffman family in 1921. Samuel Lancaster, architect of the Columbia River Highway was hired as landscape architect. The Brooks Nursery donated plants, which were planted by Kent McDaniel and Mrs. W.B. Dennis. Mrs. Dennis was the City Park supervisor for many years. Sarah Ladd left $1500 in her estate to build a fountain in honor of Charles Ladd, her husband. The Ladd’s were important citizens of Carlton in the early 1900s. The most suitable location found was in the City Park.

Sarah Hall Ladd (1860-1927) was a renowned American landscape photographer of the Pacific NW. Her work was published and exhibited throughout the U.S. She and her friend, photographer Lily White, were both invited into a group of photographers led by the famous Alfred Stieglitz. They promoted American scenic photography known as Photo-Secession. Her lens often captured the Columbia and Willamette Rivers from Lily’s houseboat, the Raysark, complete with working darkroom. Sarah worked on and exhibited at the 1905 Lewis & Clark Centennial Exposition in Portland.

In 1910, Sarah and her husband Charles moved to Carlton. She continued her photographic career and started the first Carlton Community Foundation. The foundation was responsible for many community projects including the first pool at the site where the current pool is today in Ladd Park.

Charles E. Ladd (1857-1920) was a businessman and son of former Oregon Mayor William S. Ladd. The Ladd family businesses included the first bank in Portland, mills, railroads, ironworks, The Portland Hotel, and liquor. The Ladd District in Portland was built along with the development of new transportation- bridges and railroads. It was an innovative master planned community and just a small part of the land the Ladd’s owned East and West of the Willamette. Charles became president of the Carlton Consolidated Lumber Company and founded The Pacific Monthly magazine, which published many of Sarah’s photographs.

This point of interest is part of the tour: Carlton Historical Tour 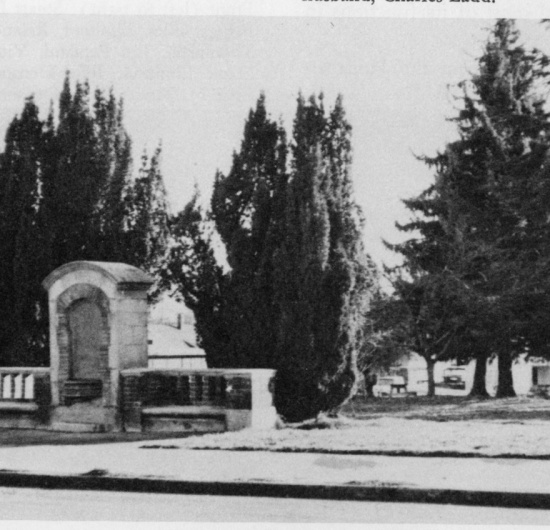