Built for the Kansas City Joint Stock Land Bank, the Land Bank Building was one of five institutions nationwide that received a charter under the Federal Farm Loan Act, passed in 1916. The 12-story, Italian Renaissance styled building was the project of Kansas City entrepreneur Walter S. Cravens, the bank’s first president. Cravens’ rise to fame quickly came to a halt when in 1927 he was indicted for his phony loan activities. After the fiasco, the Phoenix Joint Stock Land Bank took over the property from 1931-1945. Thereafter, the property was associated with several major financial institutions. The building was rehabilitated in 2003. 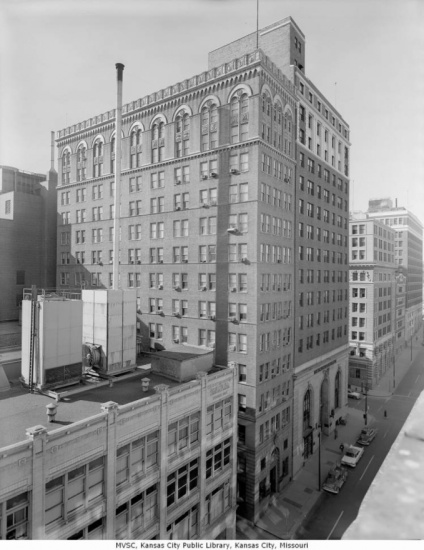