The Regina Lawn Bowling Club’s long history begins in 1912, when land for a green was donated by the Provincial Government. In 1922, when the land was reclaimed for development, the club moved to a location near the General Hospital, donated by the City. In August of 1930, when construction on a new building began behind the General Hospital, the Regina Lawn Bowling Club was once again without a home. For this reason, the 1930 provincial tournament was held in Saskatoon instead of Regina, and the club prepared from a space at the Exhibition Grounds, made available for a nightly fee.

Four men’s rinks and two ladies’ rinks were sent to Saskatoon for the 1930 tournament, which began on Labour Day, on a special chartered coach on the Canadian National Railway. On October 9, the club held their annual windup banquet at the Champlain Hotel and, for the first time, the club’s ladies were present. They were congratulated on their achievement at the provincial tournament, having won three first place and one second place spots. Some of the prizes won by the club included silver plate, silver cigarette cases, cuff links and Wahl pencils. Following the banquet, the 85 attendees proceeded to the Metropolitan Theatre for an exclusive show.

The club remained at the Exhibition Grounds until 1932, when Mayor James McAra officially opened the new greens, located at the present-day Victoria Avenue location, for the Victoria Day Games. The following Labour Day, the provincial tournament was back in Regina and was opened by, once again, Mayor James McAra at the club’s new location. 125 bowlers from Regina and Saskatoon played until midnight the first night, and the three-day tournament was heralded as “one of the most successful in history, the weather being ideal throughout and the new home of the Regina bowlers aiding to the enjoyment of the visitors.”

With the world at war and most Regina residents’ minds otherwise occupied, the onset of World War II meant an interruption in the club’s activities. However, despite larger events such as the provincial tournament being cancelled in some years, smaller events and local tournaments were organized at the club’s greens. By the 1970s, the club was hitting its stride once again with over a hundred members and construction of a new clubhouse. In the 1980s, the club got its fourth green and is, today, one of only three four-green lawn bowling facilities in Canada. The four greens have hosted seven Canadian championships, three inaugural championships, and the international North American Challenge.

Read more about the club and its history at www.reginalawnbowlingclub.ca

This point of interest is part of the tour: Historic Cathedral Village 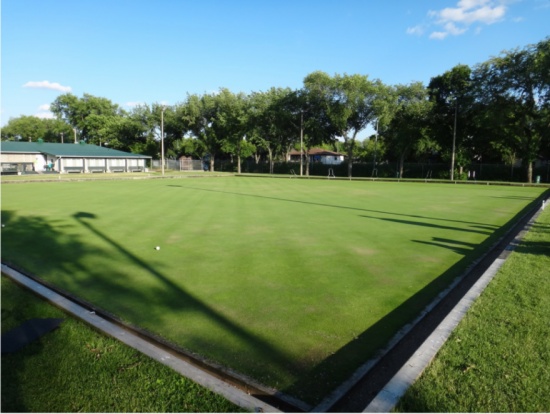 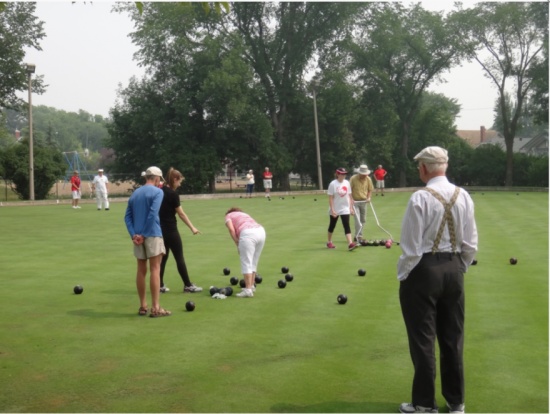