This statue was commissioned by the City of New Bedford in 1985 to honor Lewis Temple (1800-1854), a free black man and proprietor of a local blacksmith shop who invented the “Temple Toggle Iron” in 1848. The Temple Toggle has a pivoting head that would secure the harpoon into the whale’s flesh. This revolutionized the whaling industry. Lewis Temple was born in Richmond Virginia and arrived in New Bedford in 1929. In 1834, he was elected vice president of the New Bedford Union Society, Bedford village’s first anti-slavery society. No likeness of Temple exists, so the monument is based on a photograph of his son, Lewis Temple, Jr. 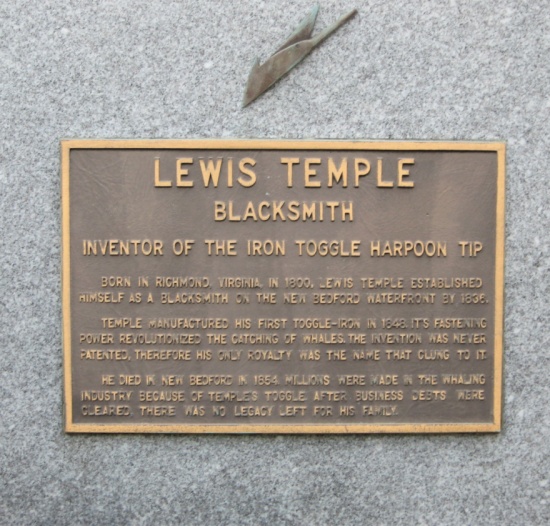 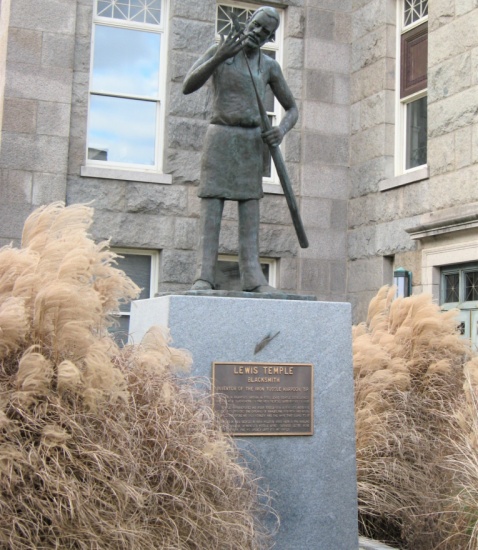