The last stop today is Liberty City or Model City. If you look up “Worst neighborhoods in Miami” in google this is the first location to appear in the results. With a population of 25,023, there is 224% more crime than Miami as a whole (areavibes.com). There are high rates of poverty and the median income is $24,443. Shootings and gang-related violence are common occurrences in this part of town. In fact, “most people get their license to carry a firearm before their license to drive a car.” (huckmag.com) One of the central places in Liberty City is Liberty Square, the first southern housing project unit for Black people which opened in the 1930s. It was described as a place where “there was little crime, people would leave their doors unlocked and windows open, and residents were content.” (streetphotograohermagazine.com) This all changed in 1980 when Arthur McDuffie, a black insurance broker, was beaten to death by a police officer for running a red light. After the officer who had killed McDuffie, was acquitted by an all-white jury, the residents of Liberty City were outraged. Riots started May 17th and lasted until the 20th. By the end of the protests, 18 people were dead and there was $100 million of damaged property. (huffpost.com)

Instead of hearing the pain and desperation of the people living in Liberty City and making legislative changes, the state-enforced curfews and flew in the National Guard to control the “uncivilized” residents of Liberty City. (Huffpost.com) Since the murder of Arthur McDuffie and the riots of 1980, Liberty City has been a place with high social tension. The brutal damage done to the morales of residents here and the fear instilled in the community has remained. Police and gang violence continue to be a struggle for the people here. (huckmag.com)

This is our last stop on the tour and is the most impoverished of the three locations we have seen. Even though Indian Creek Island and Liberty City are only about 10 miles away from each other, they feel like different worlds. Here, the buildings are falling apart and decorated with bullet holes. Trash litters the ground, graffiti is everywhere and fences are barbed. This place, once a safe-haven for black people has been corrupted by the racist criminal justice system and become a place of destruction and dismay.

Now, I want to cmpare the rhetoric of the walls of Liberty City to those of Indian Creek and Little Haiti. The fences here, surrounding many of the housing units, are not pristine but are peeling and rusted. They feel more prison-like than those of Indian Creek and seem as if they were meant to contain the people living there rather than keep out criminals. However, Liberty City, like Little Haiti, is also decorated with some magnificent murals, one in particular of MLK reads his famous words “Love is the only force capable of transforming an enemy into a friend.” Amongst an area of poverty and violence, there is a message of love. Alongside the portrait of MLK, there are three flags, the Ethiopian flag, the American flag, and the Pan-African flag. Together they are calling for us to unite and love each other despite our cultural differences.

As my final words, I want to put all three of these places into conversations. Having Traveled from one of the most wealthy neighborhoods in the world to the two poorest neighborhoods in Miami, we have seen the extreme differences in the living conditions between the two classes in this country. As the rich get richer and the poor get poorer in this country, the wealthy people feel the need to segregate themselves and create fortresses to protect their possessions and themselves from the increasing poor population. Many of the people who live in the houses on Indian Creek Island have built business empires by paying poorer people minimum wage. And instead of recognizing them for their work, they become scared and hide from them.

I think the rhetoric of the types of walls and fences we see in Indian Creek, Little Haiti, and Liberty City points us to the realities of the modern era. The rich have walls to keep out the poor and people of color, representing how rich people want to remain rich and not give up any of their wealth. While gates in poor communities serve the purpose of containing its population and reinforcing the feeling that they are trapped in a racist and oppressive system. However, there are also beautiful art-filled and graffitied walls here, showing how the most marginalized groups in our society have found ways of making beauty out of the wreckage and finding hope in despair.

We have concluded the Toxic Tour of Miami and I hope you have all seen the impacts of income inequality, not only in Miami but the rest of the United States. If we want to stop the ever widing gap between the rich and poor, we have to stop segregating in our homogenous worlds, reinforcing what we already believe. We must live amongst and spend time around “the other”, whatever that may be to you. This will help us humanize them and make us think critically about our preconcieved notions. That being said, we must do this in a way, that is respectful to the different people and cultures that already exsist in a certain place; rather than trying to change them, we need to appreciate what each culture offers and learn from each other. 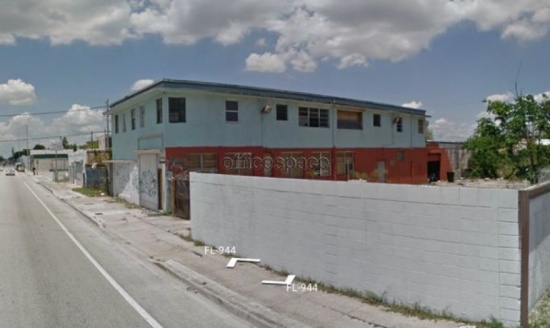 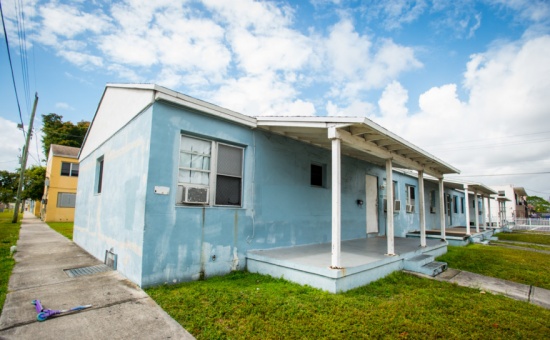 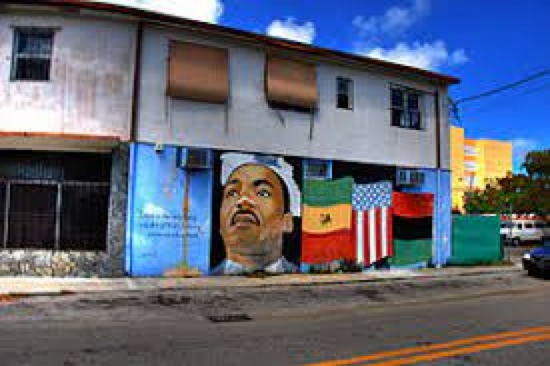