Created to honor of those who lost their lives in the September 11, 2001 terrorist attacks, the Liberty and Freedom totem poles were dedicated by the Lummi Nation on September 23, 2004. As the poles traveled 4,500 miles from Washington State to Washington, DC, the poles visited approximately 40 tribal nations to receive blessings. The poles were then placed at the Pentagon temporarily before being relocated to its permanent home at the Congressional Cemetery.

Master carver Jewell Praying Wolf James (Lummi) imbued the poles with symbolism. The house-like structure evokes a sense of national unity, and the red, yellow, black, and white color scheme celebrates the ethnic and cultural diversity of the United States. Two eagles, symbols of courage, carved into the crossbar have seven feathers on their wings to represent the American Airlines Flight 77 that was crashed in the 9/11 attack on the Pentagon.

The Lummi Nation dedicated two additional memorials at the other sites of the attacks: Healing in New York, and Honoring in Shankesville, Pennsylvania. 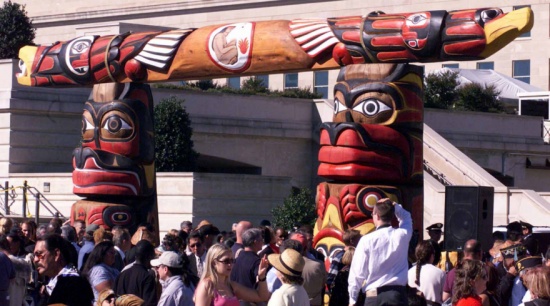 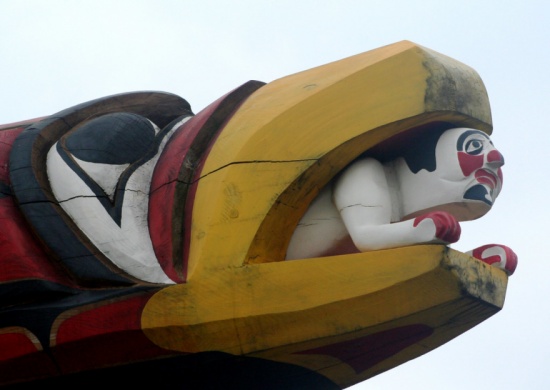 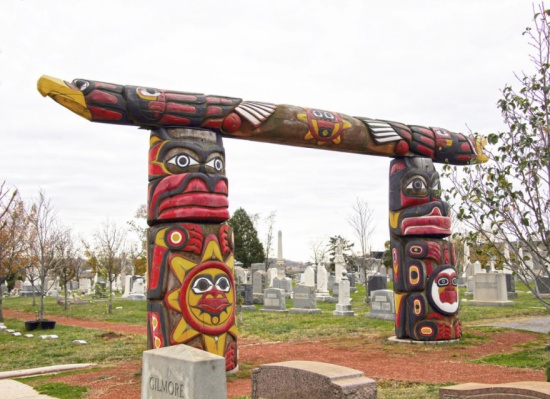