This house sits on the site of the first courthouse in Watauga County, which burned down in 1873. The original well for the courthouse is still on the property as well as the washhouse, the interior of which features graffiti from famous Boone residents such as Romulus Linney, award-winning author and playwright. This house is most affiliated with Frank A. Linney, a prominent attorney and politician in the early 20th century. Linney was an attorney for the Town of Boone between 1920-1930 and served as District Attorney for Western NC from 1921-1927, and for Middle NC from 1927-1928. Linney later helped to establish the university in town. Richard Lenoir Councill built the original portion of the house in 1894 so that it faced Queen Street. Linney purchased the house in 1902 and added on to it multiple times, including a massive reworking of the main block of the house into its present configuration in 1915, with the main entrance facing King Street. He constructed the smaller stone building at grade with King Street in 1923 to use as his law office and garage. The stone building has since held numerous storefronts, including a stint with Palmer Blair’s photo shop around 1950.

Playwright Romulus Linney IV, spent summers in Boone staying at the Linney House with his uncle, Frank. Romulus IV took his first college course at Appalachian State from Cratis Williams who was influential in developing his style and tone of writing. Romulus IV is the father of actress, Laura Linney. The playwright’s papers are part of the Leonard Eury Collection at ASU’s Belk Library. A summary of his work can be found online. Google: Linney Back Home in the Mountains. 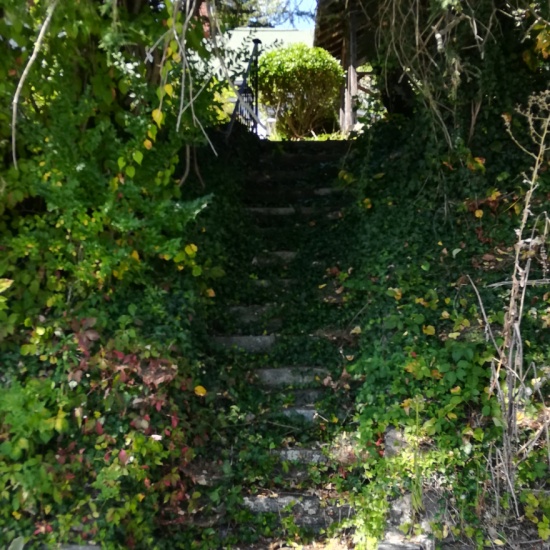 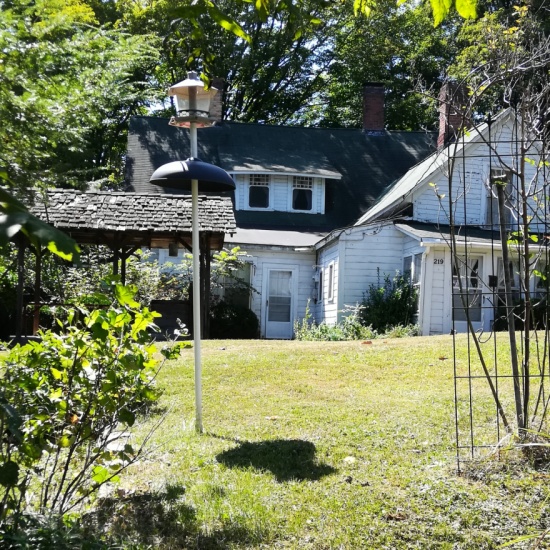