Now that we are on dry land, I want to show you what the greater part of Miami looks like. Our second stop today will be “Lemon City” otherwise known as “Little Haiti”. This is a vibrant art scene located in the heart of the city of Miami. Its name originated in the late 1970s and early 80s when a flood of Haitian immigrants moved to this region, bringing with them bright Caribbean culture. Here you will find wonderful museums, restaurants, and stores. (miamiandbeaches.com) The population of Little Haiti is 74.5% black, 35%-75% of whom identify as Haitian, and 20.5% are Hispanic. The average household income in this part of Miami is $26,753 (roadsnacks.net). Poverty is rampant here, between 2009 and 2013, 47% of the population were in poverty. (thechildtrust.org)

This second stop is important to our tour because it is in direct contrast to Indian Creek Island. Poverty is high in this area and there is no gate or private police to protect the citizens inside. In fact, the residents of Little Haiti claim to have a bad relationship with law enforcement; people report that cop response time is very slow and parents worry about their children walking home from school and playing outside. (thechildrenstrust.org) Along with that, the population here is primarily black people. In opposition to Indian Creek, the houses of the residents of Little Haiti are not like resorts, there are no rooftop jacuzzis, spas, golf courses, in-house theaters, or mansions.

That being said, there is still much fun to be had and there is a tight community of people. I want for us to take a little time to observe the incredible architecture, colors, and art that is found here in Little Haiti. It is truly beautiful and full of life. Although there is a lot of poverty and no gates to exclude groups of people, there is an immense beauty that comes along with the inclusion of so many cultures. The walls of Little Haiti provide a completely different rhetorical message from those in Indian Creek. Here they are covered with colorful murals of Haitian people and traditions; they are meant to be seen and invite a flock of people to them instead of pushing them out. They celebrate and empower marginalized people instead of excluding them. Unlike the pristine gates of Indian Creek, the wells around this area tell us the story of the people who live here, the good and the bad. 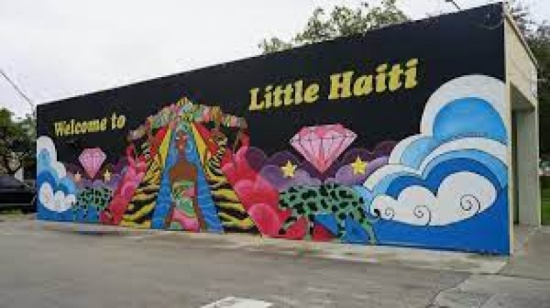 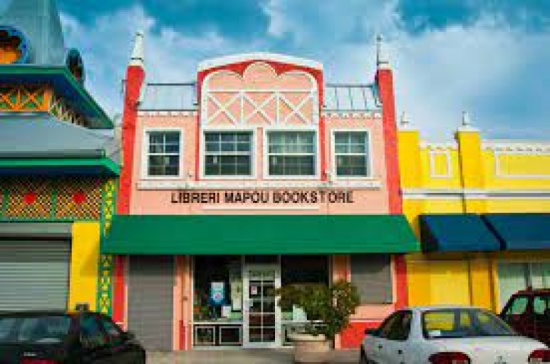