This block of attached rowhouses was constructed in 1983-1985 in tandem with the rehabilitation of the old Indianapolis Gove Company factory building. At the time of the construction of the townhomes, it was a very large parking lot surrounded by the wall that you see...the only thing remaining of the Little Sisters of the Poor’s home for the aged which was demolished in 1968 when it relocated to 86th Street near what was then the new St. Vincent Hospital. These homes are “of their own time” which is required by the Secretary of the Interior for Rehabilitation standards but are contextual to what would have been there as well as the remaining historic fabric of Lockerbie Square. They take then entire block and filled in the “missing teeth” of the urban wall restoring the urban density that gives Lockerbie Square its village like feeling. James T. Kienle, FAIA was Architect of Record. 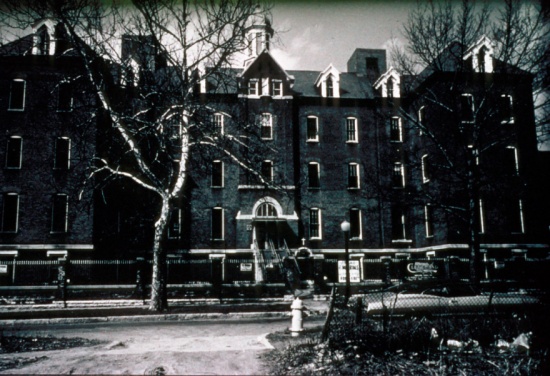 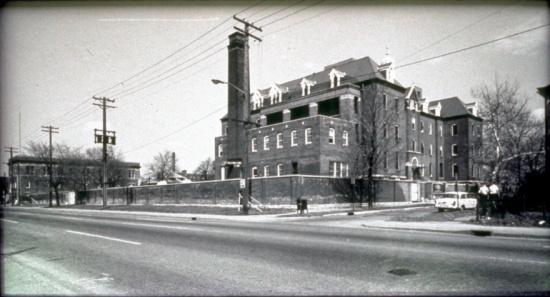 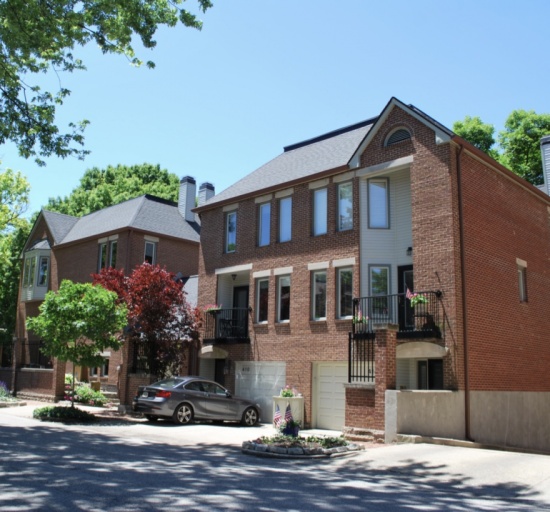