The tour begins at the white frame building, Longwood Progressive Friends Meetinghouse (LPFM). It was home to the Pennsylvania Yearly Meeting of Progressive Friends, including many Quakers who had been ‘read out’ of their meeting communities (e.g., Kennett and Marlborough Meetings) for using their meetinghouses as a platform for secular concerns, such as abolition. In 1853, a group of 58 men and women founded this meeting. John and Hannah Cox, members of Kennett Friends Meeting, embraced the idea of a meeting where abolition and other social issues might be discussed. Their Longwood Farm was a major stop on the UGRR. They sold a portion of their land to establish LPMF, which was dedicated on May 19, 1855. Many prominent abolitionists spoke to large crowds here before the Civil War: William Lloyd Garrison, Sojourner Truth, Frederick Douglass, John Greenleaf Whittier, Harriet Beecher Stowe and others. LPFM was also a forum for other social concerns including women’s rights, childlabor laws, and temperance.

On June 20, 1862, six members of Longwood Progressive Friends Meetinghouse visited President Lincoln and presented him with a petition urging widespread emancipation of slaves. Just weeks later, Lincoln presented the first draft of the Emancipation Proclamation to his cabinet. Perhaps the Chester County group influenced the President"s thinking. The meetinghouse and the cemetery across the street, where many local abolitionists are buried, are currently owned by Longwood Gardens. The Meetinghouse is now home to the Brandywine Valley Tourism Information Center. Both sites are part of the National Register of Historic Places, (www.harriettubmanbyway.org) and the Harriet Tubman Underground Railroad Byway (www.nps.gov/ugrr) Because of KURC efforts, the Longwood Progressive Meeting was designated in 2014 by the National Park Service, as a site of the National Underground Railroad Network to Freedom.

Thomas Garrett (1789-1871), Wilmington, DE
Garrett was a prominent abolitionist, stationmaster, and active member with LPFM. Freedom seekers from all over the South traveled to Garrett's house in Wilmington, DE. Frequently he sent fugitives north by boat, on foot or by wagon to his family/friends in the Kennett area, and to William Still, an African American abolitionist in Philadelphia. Garrett also worked closely with Harriet Tubman, aiding her on her many return trips to the South to rescue those seeking freedom. Garrett paid a steep price for his abolitionist activities. In 1848 he was arrested, tried, and convicted when he assisted a black family. Garrett had to sell most of his business to pay a huge fine, but he was undeterred and continued to aid freedom-seekers.

From the Brandywine Valley Tourist Bureau, proceed south on Greenwood & turn RIGHT onto US-1 South, proceed .25 mile, Turn into driveway in back of the boarded up white house pictured in the next stop. 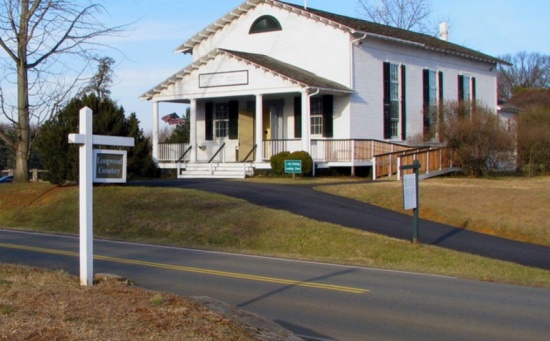