The Louisiana State Penitentiary was active from 1835 to 1862. Located in Baton Rouge it was one of the few prisons in the Antebellum South that housed children. As early as 1840, enslaved children were documented to have lived in the penitentiary, which has been referred to as ‘The Walls’ due to its enclosed brick walls that stood at 24 feet high.[I]Unfortunately, information about their personal lives inside this institution is scarce. Despite this obstacle, historians have been able to learn about their circumstances by examining the environment of the prison and how enslaved children arrived there.

One of the ways young African Americans were introduced to the prison was by simply being born into it. Enslaved females within the prison found themselves in close proximity to both enslaved and free men despite having to work in gendered jobs where women washed and mended clothes while the men labored in brickyards, shops, or on public work projects in the city. Under the strict rules of the Auburn plan, all prisoners within the walls would work together during the day and later be isolated at night while maintaining their silence.[II] In addition to these factors, the prison was never built with the intention of housing children. While the cells lacked proper ventilation and beds, cold temperatures would freeze the inmates during the winter. In 1854, Physician Thomas J. Buffington raised his concern with the conditions of the cells as it was “impossible to keep them clean; being two large unfinished rooms, occupied in common by women and children…the convicts sleep on the floors of the cells, which in wet weather are damp and dirty.”[III] In spite of these conditions, contact between enslaved women and male convicts, or prison personnel, was not regulated.

From 1835 to 1862, the number of children inside the penitentiary increased as “Twenty-six enslaved women were serving life sentences, and at least ten gave birth while imprisoned.”[IV] It is not known whether these women became pregnant through consensual sex or if sexual advances were forced upon them. To combat the growing population of children inside ‘The Walls’, the Louisiana legislature passed an act that allowed the children to become state property until they could be sold at the age of 10.[V] The lease in charge of the Louisiana State Penitentiary, which happened to be McHatton, Pratt/Ward & Company, were able to utilize this act in order to enrich themselves by selling or purchasing these children. In one example, Azeline, an enslaved woman who had been convicted for attempted poisoning, served more than 20 years of her life sentence as both of her children, Joseph and Emilene, were sold at a slave auction. James A. McHatton, one of the co-lessees, purchased Joseph for $800 and by 1860 he was a “farmer with $230,000 in assets, including 107 slaves.” Charles McHatton, the brother of James, also participated in this practice and was able to gain “$150,000 in assets including many slaves.”[VI] As many of the children inside of ‘The Walls’ were sold on the slave auction, others were forced into the prison through other means.

Some enslaved children were sent to the Louisiana State Penitentiary as the result of being convicted of a heinous crime. In one instance, a girl named Phoebe had been “found guilty of striking her mistress over the head with an axe by a Plaquemines Parish tribunal.”[VII] Despite arriving at the penitentiary at the tender age of 12, Phoebe was given a life sentence on April 1, 1847. Surprisingly, after 10 years, Phoebe was pardoned by Governor Robert C Wickliffe on March 20, 1857 without a stated reason.[VIII] While there is a lack of information on many of the other convicted children, there was one instance in which a particular arson case received a significant amount of attention. Frank was the slave of Henry Tredick Vennard, a wealthy merchant who was well-known for his business in trading western goods like sugar and hemp.[IX] On June 7 1845, Vennard’s store on Gravier street was set ablaze, which resulted in a “large stock of western produce in the building (hemp, &c.), which was totally destroyed.”[X] After Frank was caught trying to steal from Vennard’s new store on Tchoupitoulas street, he confessed to Captain Winters that he was the one that started the fire. Despite the coercive nature of his confession, Frank was found guilty on December 5, 1845 and sentenced to 10 years at the Louisiana State Penitentiary.[XI] It can be assumed that Frank was 12 years old when he arrived at the prison given that he was 22 by the expiration of his sentence on January 1, 1856.[XII]

The purpose of this specialized analysis into enslaved children who resided in ‘The Walls’ was to highlight the origins of the mass incarceration of young African Americans in Baton Rouge and show how this issue still persists today. In 2018, according to the Department of Juvenile Services in East Baton Rouge, 601 out of 646 teens admitted in juvenile detention centers were Black, which accounted for 93.03% of the entire juvenile population. Similarly in 2019, 240 out of 262 teens in the detention center were Black.[XIII] These statistics highlight a startling trend in which young African Americans are still subjected to the horrors of the legal system. Just as enslaved children inhabited the Louisiana State Penitentiary, many young African Americans in Baton Rouge continue to be disproportionately subjected to the horrors and atrocities that lie within the corrections system.

[II] FORRET, JEFF. “Before Angola: Enslaved Prisoners in the Louisiana State Penitentiary.” Louisiana History: The Journal of the Louisiana Historical Association 54, no. 2 (2013): 133–71. http://www.jstor.org/stable/24396520. p 140-141.; Louisiana. 1834. Laws of the state of Louisiana relative to the penitentiary ; By--laws of the Board of Inspectors and details of the police and discipline adopted by the warden, with the approbation of the Board of Inspectors. Baton Rouge, La: Hugh Alexander. p.11 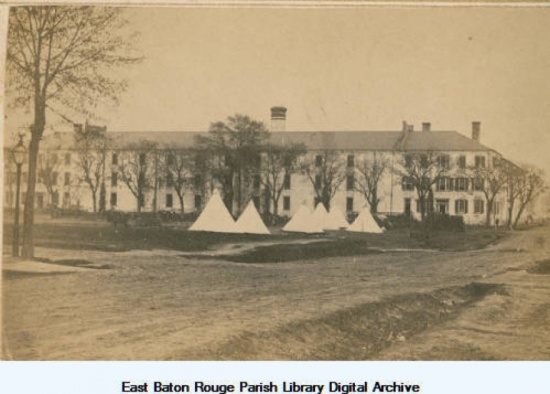 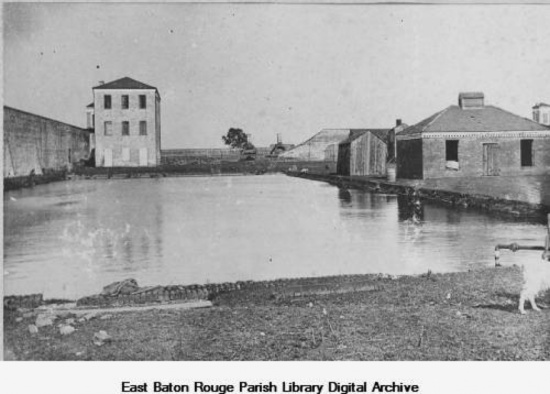