Madision Presbyterian church was founded in 1815, but did not have an official pastor until 1824.

The present sanctuary was built in 1846 in a style reminiscent of the early churches in New England. Including the land, it cost $15,000 to build the church. Lecture and school rooms were located in the basement. In its early years, the building was unpainted and the windows were panes of clear glass. While the building was under construction, the bell fell from the tower and crashed into the basement. Original pews had doors to keep out drafts. In the winter, members brought their own stoves and foot warmers. The pews now in the church were installed between 1906 and 1917. Gas lights were installed in the 1850s and electricity in 1913. In 1873, a Prante tracker organ was installed at a cost of $2,300. In 1929, the instrument was partially replaced by the Moeller Company, and, in 1986, it was removed and completely renovated.

In 1913, the church installed the art glass windows from the Indianapolis Art Glass Company of Indianapolis. The windows, arts and crafts in style, use opalescent and streak glass in colors of amber, greens, and browns. The motifs depict stylized quatrefoils, spires, Greek columns, and fleur-de-lis designs. The windows were cleaned and restored this year. 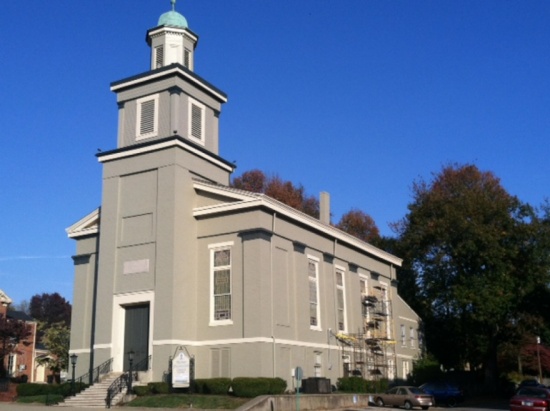 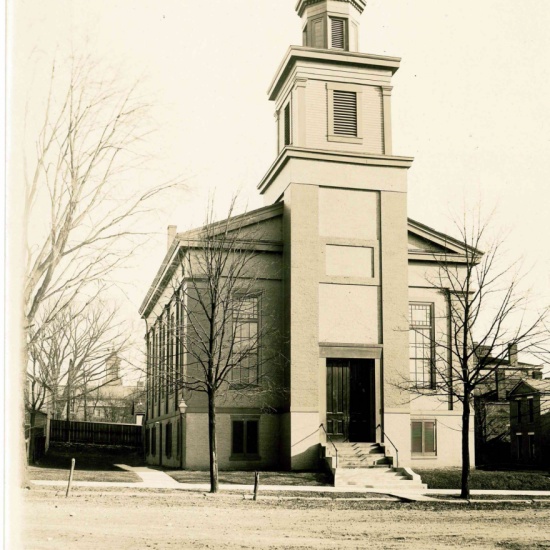