Over eighteen years after Major General John Fulton Reynolds was killed by a sharpshooter’s bullet in Gettysburg in 1863, Joseph Temple of Philadelphia offered $25,000 toward a sculpture to commemorate the fallen Pennsylvanian and the state’s participation in the Civil War. The artist chosen was John Rogers, who was known for his parlor sculptures, popularly known as “convention groupings.” Rogers had never produced a sculpture of this scale before, and initially hesitated. He ultimately took on the project, and began studying the anatomy of horses and collecting information about the general. He aimed to “represent General Reynolds in front of the battlefield as he was on the first day of Gettysburg. The horse is startled and shying away from the noise and danger in the direction he is looking, while the General is pointing to the same spot and giving the direction to his aides at his side.”

Click here to the listen to the Museum Without Walls™: AUDIO program for Major General John Fulton Reynolds 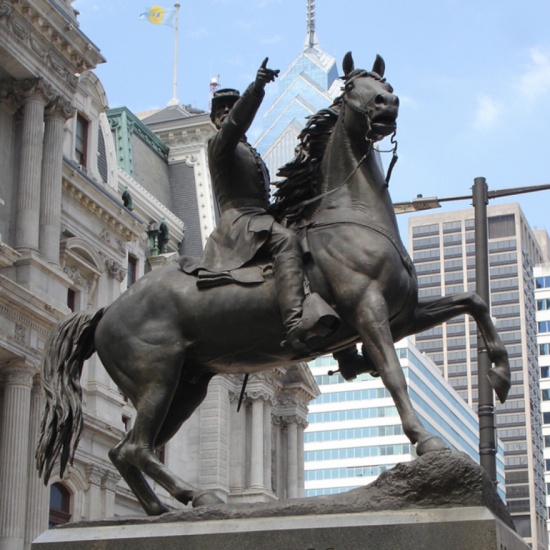