The Market Cross is located on the north side of the main street running through the village. It dates from the 18th century, although the shaft is recorded as being a more modern replacement and the finial, which would have topped the monument, is missing. We can only guess at its design. (see photo 28 in slider above) It was at this cross that the local population of weavers, craftsmen and traders would gather to hear announcements and around which regular markets would have been held.

The cross itself consists of a square shaft measuring approximately 1.8m high by 0.25m square in section. The shaft incorporates two metal bands which partially span an area of previous fracturing. This shaft is supported by a large plinth stone measuring approximately 0.56m in height and 0.68m square. Below the plinth stone are four stepped courses of stonework, the outermost of which measures 2.9m by 2.3m. It’s unclear whether the lowest course of steps on the north and south sides were removed at some stage or whether it was built to this design. The entire cross is carved from local sandstone and the shaft and plinth are both laid vertical to their grain. Iron cramps have been used on the upper course of the steps to secure the stones and there may be others on the lower courses concealed by the stones above.

In 2005, Aberlady Conservation and History Society arranged for the cross steps to be repointed with lime mortar incorporating oyster shells and other pinnings. A survey of the cross by Historic Environment Scotland in July 2013 found it to be in remarkably good condition. 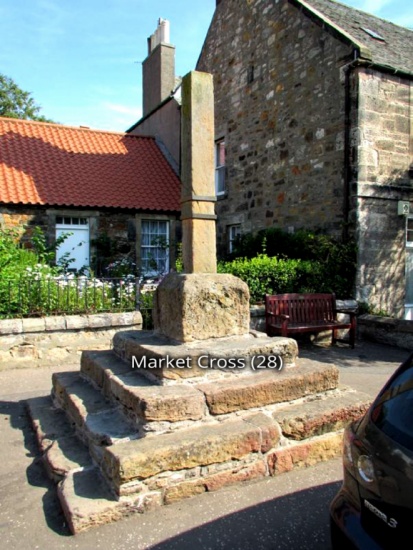 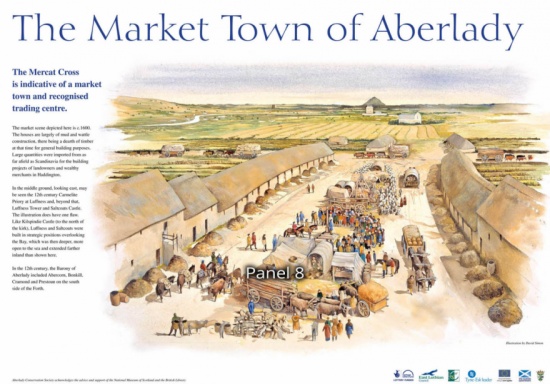