The Masonic Lodge located at 219 E Main Street is one of the few Second Empire architectural styles in Madison constructed from 1871 to 1872 and is a example of mid to late nineteenth century commercial architecture. Of special note is the mansard roof that once was pierced by eight chimneys and featured cast-iron urns at the corners, with iron cresting atop the roofline. John Temperly paid $835 for the plans and specs. The building's total cost was a little over $25k and plans included for stores on the first floor, offices on the second and lodge rooms on the third. It is currently, mixed-use of retail space and event venue space. 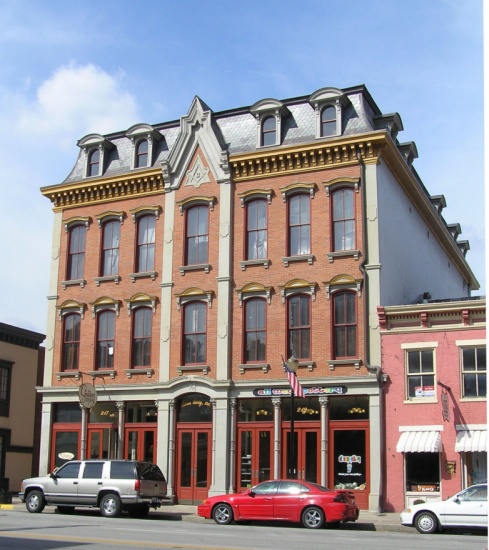