This three-story 54' x 90' Sioux quartzite structure was built in 1893. The outstanding features of the building are the pointed window arches on the third floor and the large stone spheres on the east and west ends of the roof. The first floor has been totally altered with smaller windows and doors in different locations.

The first floor was originally divided into two stores. A hardware store originally occupied the east side and expanded into the west side in the 1960s. The third floor was built specifically for the local Masonic organization. The round spheres located on the top corners of the building represent the terrestrial and celestial globes of the universe- one of the many lessons of Masonry. The Masons moved out of the building in 1917 and by 1919 manufacturing occupied the third floor. The second floor housed many businesses as did the basement. 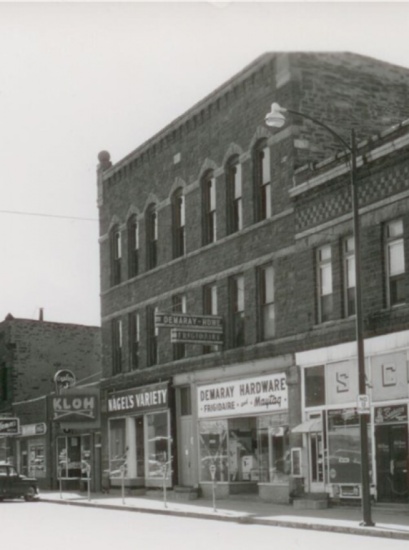