Like most of the houses in Milton Keynes Village, this row of cottages was built for the use of farm workers. It is now just two houses (No. 1 and No. 2, Milton Keynes Village in the Post Office's numbering system), but the evidence of chimneys and blocked doorways tells of its history as four separate cottages. The row was modernised in about 1870 - well before the more recent modifications. The workers would probably have been employed by Brook Farm or Home Farm (also sometimes known as Village Farm), both of which are only a few yards away.

Some seventy years earlier, the houses were still separate. There is some evidence that they originated as a detached brick cottage with an adjacent terrace of three 'one up, one down' cottages which were re-roofed and joined in the 1870 modernisation. The line of the road has not changed much, but the little track leading off to the left is today a modern urban footpath.

Across the road is the newest house in the Village - actually a pair of rather mis-matched semis - the western one being thatched. These have been built on the site of a small bungalow dating from the 1960s. It is interesting to note that this corner was originally occupied by thatched cottages - see pictures.

Meadow Lane in those days was not much more than a track and didn't have a name. In some pictures the old thatch has been covered with corrugated iron - a common way of extending the life of thatch and making it waterproof. On the other side of Meadow Lane are some of the parish allotments. These are the remains of a much larger area by the road to Broughton which was owned by the Rector and let by him to local farmworkers for them to cultivate. The rents from such land formed an important part of the Rector's income as late as the end of the nineteenth century, and the field was then nicknamed Calley (short for California) where the tenants dug for 'gold' in the form of vegetables!

Now make your way along towards the Swan... 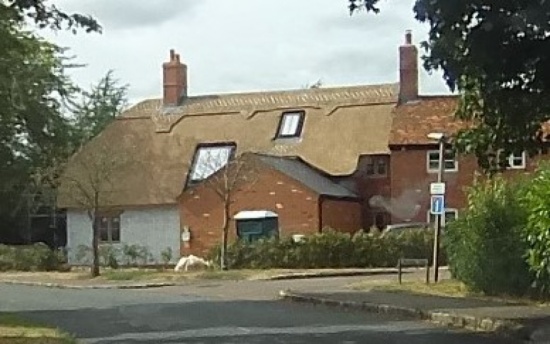 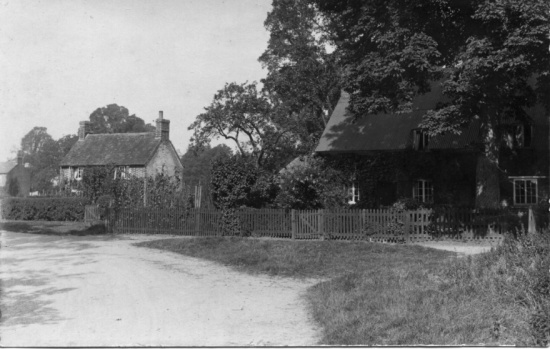 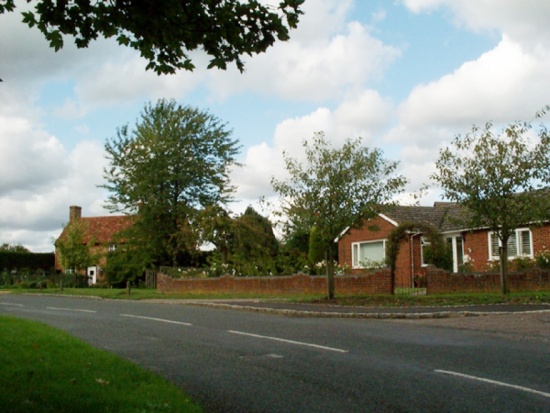 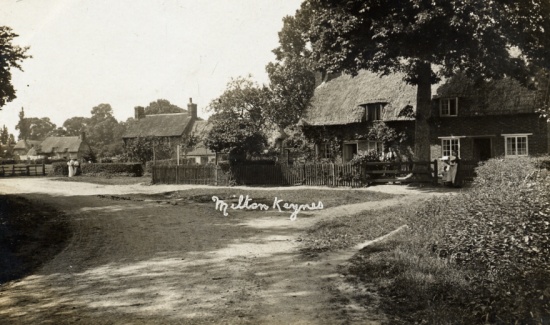 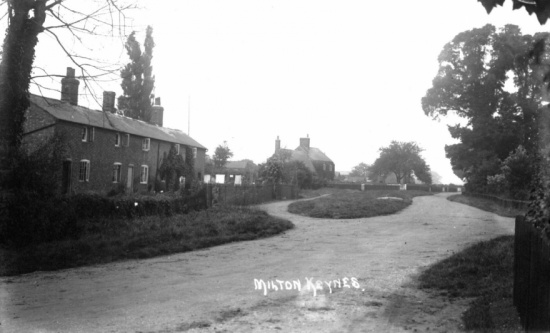 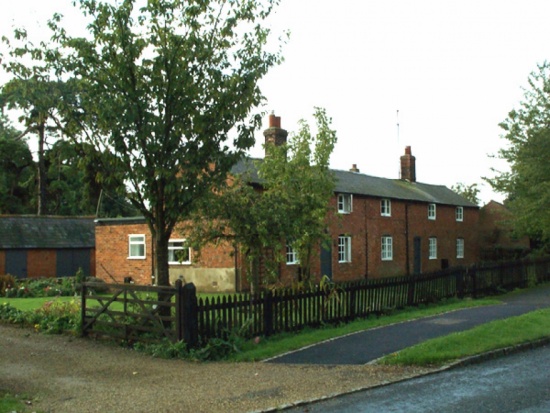