There are three monuments within the village Memorial Garden: the Memorial Stone, the Aberlady Cross reconstruction and a 16th century Venetian Well memorial to a Countess of Wemyss. (see photo 22 in slider above)

The War Memorial
The War Memorial in honour of the six local young men who lost their lives in the Boer War was funded by public subscription from across the parish in 1903. To ensure their sacrifice would not be forgotten, and in common with War Memorials elsewhere, it was first sited at a very public and prominent position; the road junction almost opposite the churchyard gates. The Memorial bears the names and regiments of those who fell in the service of their country.

Later, the names of the young men from the parish who died during the First World War were also carved into the stone. In 1919 the War Memorial was moved to a Memorial Garden between the bowling green and the church and bequeathed to Aberlady Parish Council by the Earl of Wemyss. Lady Wemyss, who had lost two sons in the war, dedicated the Memorial on All Saints Day that year. The names of yet more young men were added to the Memorial following their sacrifices in the Second World War. We shall remember them. (See photo 23 in slider above)

8th century Aberlady Cross
In 1863, a fragment of an early Christian cross was found in the garden wall of the former manse adjacent to Aberlady kirkyard. Recent research has highlighted its importance to our understanding, not only the origins and early history of Aberlady, but of the evolution of early Christianity in these islands. (see photo 27 in slider above)

A full-scale interpretation of how the original five metre cross might have looked was erected by the local community in the village Memorial Garden (to the immediate west of our kirkyard) in 2011. It was carved using the same basic tools that the original craftsmen would have employed. You have to imagine it painted in vivid blues, golds, greens and reds. Reflected light from amber and blue glass inserted into the eye sockets of the interlaced birds and animals would have added to the overall spectacle. (see photo 25)

The carved designs bear a strikingly close relationship with the illuminated artwork that characterises the Lindisfarne Gospels, one of Britain’s greatest treasures. In this magnificent book, made in c.720 AD by Eadfrith, Bishop of Lindisfarne, native Celtic elements blend with Anglo-Saxon and Eastern traditions. The result is a unified artistic vision of the cultural melting pot of the kingdom of Northumbria at this time and of which Aberlady was then part. The existence of this beautifully carved cross here suggests the settlement was of some significance. Place name evidence suggests that Aberlady was on one of the main routes taken by monks when they first travelled from Iona to Northumbria to establish the monastery of the Celtic church on Holy Island. See panel 1 and panel 2

Venetian Well Memorial
The 16th century Venetian Well is a memorial to the Countess of Wemyss who dedicated the War Memorial in 1919.
(see photo 26 in slider above) 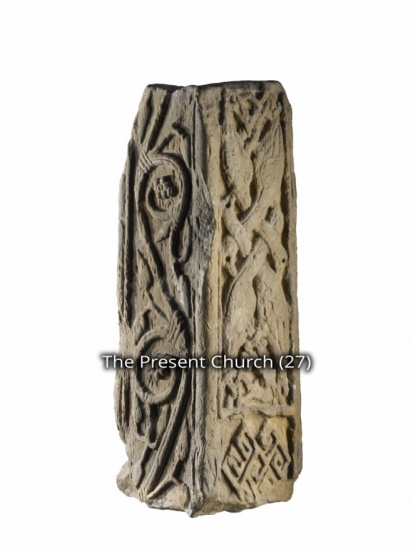 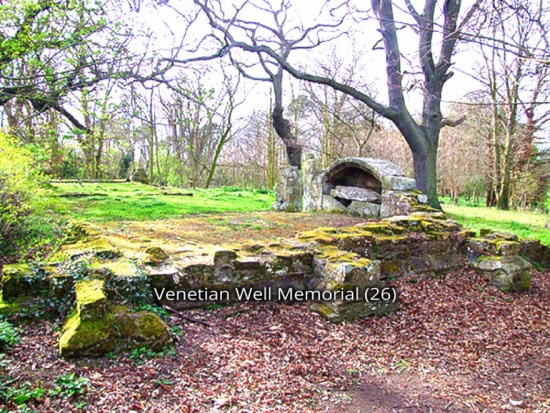 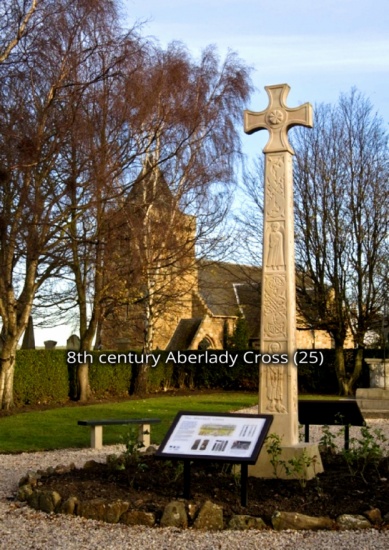 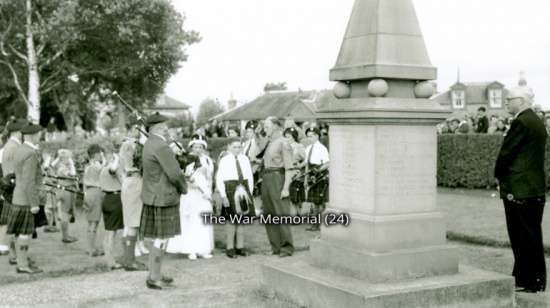 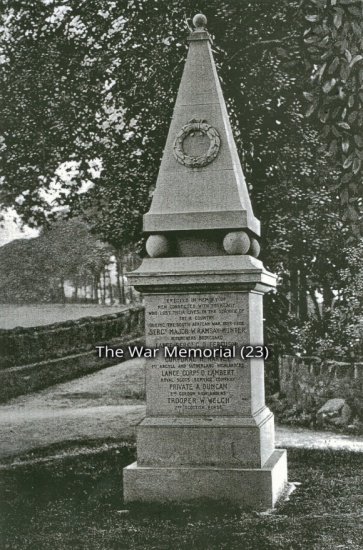 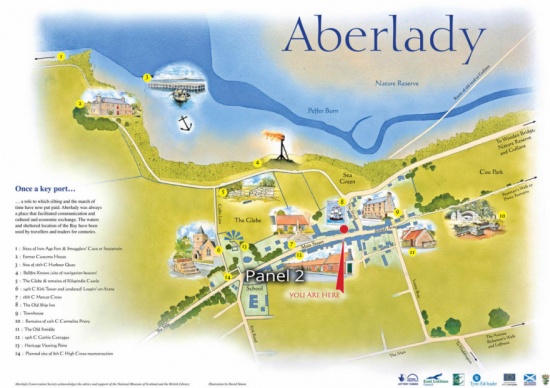 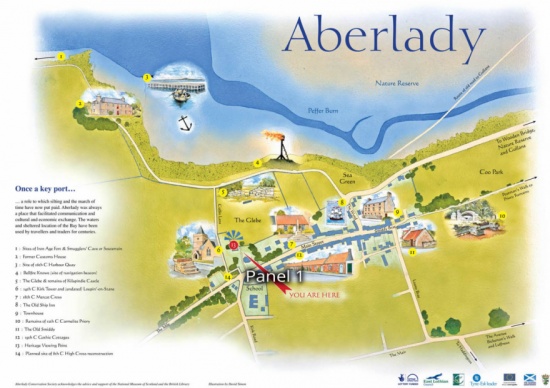