The Loggia, built in 1913, is a traditional classically styled garden building opening onto a terrace and providing one of the best views in the Arboretum. It has been described as “a rooted, open gallery with pillars.” Inside is the sculpture of Mercury At Rest which was purchased in Naples in 1914 for $330.

The Grotto is an artificial cave and underground passageway highlights the contrast between narrow, dark views and the light, open views of English Park. Grottos were first created in ancient Rome and became popular again in 18th and 19th-century Europe. 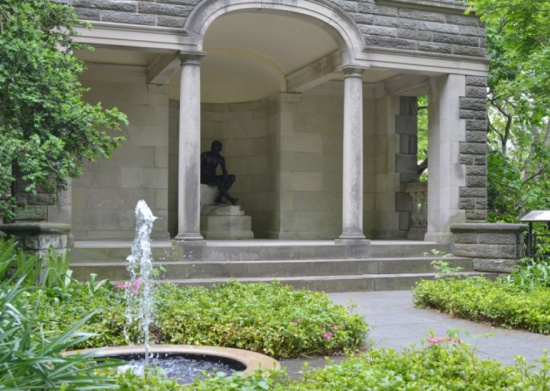