This Queen Anne Revival building is the office of the Secretary of State. It was originally owned by Edward Dewey, a member of a very important family in the development of Montpelier through the 19th century. As you can see from the photo, this big, complicated structure is an example of one of the many buildings that were moved from their original locations. This one was originally on the site of the current State Office Building at 120 State Street. 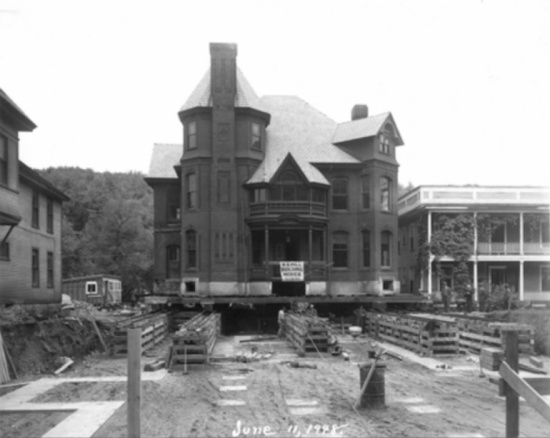