CHARLES MOUTON PLANTATION HOUSE Bois de Chênes 338 North Sterling Street NATIONAL REGISTER PROPERTY Historic Property #6 This structure was built by Charles Mouton (1797-1848). Charles Mouton was a son of Lafayette’s founder, Jean Mouton (1754-1834). The house and property were once part of Jean’s plantation of over 300 acres. Charles, also a planter, acquired the property from his father in 1818. He built the house just prior to his marriage in 1821 to Marie Julie Latiolais, daughter of Joseph Latiolais, a French Creole of La Pointe, Louisiana. Charles and Julie Mouton’s son, Charles Homer Mouton, was elected Louisiana Lieutenant governor in 1855,. He inherited the property in 1854 from his father. Over the years, several neighborhoods have been carved from the once vast plantation. Today, the plantation house is located within Sterling Grove National Historic District. It is now the historic bed and breakfast, Bois des Chênes, owned and operated by Charles Mouton descendent,Coerte A. Voorhies, Jr., and his wife, Marjorie Dehart Voorhies. 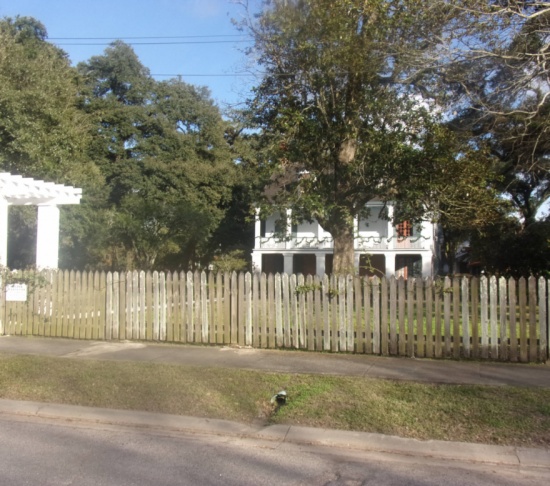