Napanee house had only one “p” because a former landlord paid a sign painter a $1 a letter and by dropping a “p” he saved himself a dollar.

The Napanee House closed in March of 1908. It was purchased by the First National Bank and moved down two doors to make way for the bank structure. The hotel was turned into a harness shop.

The Napanee House was eventually remodeled to be a restaurant and it known to citizens today as Hunter’s Hideaway. 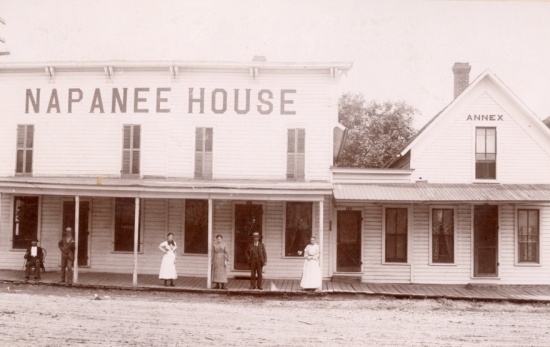