The Nappanee Public Library (NPL) has its beginnings in June 1916 when the Thursday Club got behind the idea of a Public Library and donated $31.50. The first Library Board Meeting was held May 6, 1919. In June 1920, they were able to purchase the present site for $9,500.

The present site was the site of the John Keller residence. John Keller was Nappanee's first photographer and took 324 photographs prior to 1900. Those albums are in the Library's collection today. The original house still stands today when the Library built the 1936 building the house was moved to West Walnut Street beside the Living Gospel Church.

The Library opened its doors February 5, 1921, and there were 1,500 books and 35 magazines, all donated. There were 231 registered borrowers on the first day. The first Librarian was Rachel Stier.

A building fund for the original library building was started in 1925. The first money came from the Ladies Rural Club. Being able to rent out the house's top floor and adjoining building and also having rummage sales by 1935, they were able to accumulate $20,000. Sadly, the Carnegie Fund has run out by the time Nappanee was ready to build its library. Construction on the building began October 21, 1936, and the cornerstone was laid in December of 1936. The building was able to open on April 26, 1936.

The Heritage Collection opened in 1971 and moved to the Nappanee Center in 2007. The Library is one of six Public Libraries to also have a museum. The Pletcher addition was added in 1985 to enclose the original Library and save it. The Library became one of three buildings in Nappanee to have some sort of structure either built around or attached. The other two are Kountry Kabinets and the Nappanee Center. The last addition to add the meeting rooms, office and children's department was in 2000. 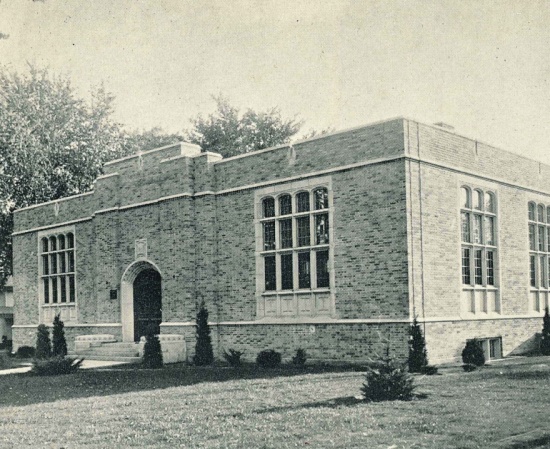