Commissioned by Congress in 2013, the National Native American Veterans Memorial will honor American Indian, Alaska Native, and Native Hawaiian veterans who serve in all branches of the US Armed Forces. The memorial is expected to debut on Veterans Day 2020.

A US Marine Corps veteran who served in Vietnam, Harvey Pratt (Cheyenne and Arapaho) designed the memorial. Constructed as a stainless steel hoop atop a stone drum, the design encourages visitor participation by incorporating water elements for ceremonial purposes, seating for reflection, and lances upon which to place prayer ties. The memorial's advisory committee and museum also conducted 35 community consultations seeking input on design elements.

Native Americans enlist in the Armed Forces at per capita rates higher than any other ethnic group (18.6%, compared to14% of all other ethnicities.) Native women also serve at a higher percentage than the national average (11.5%, compared to 8%.) Thirty-one thousand Native service members are currently on active duty, and there are more than 141,000 Native veterans living today. 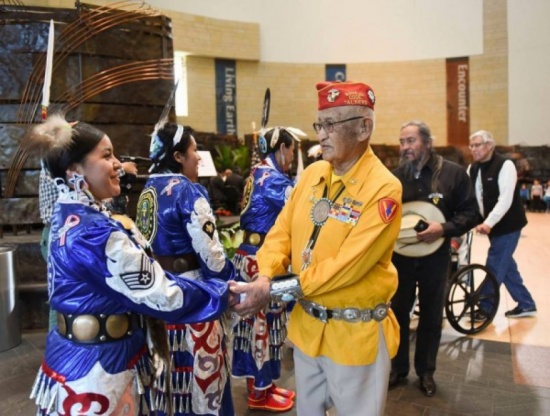 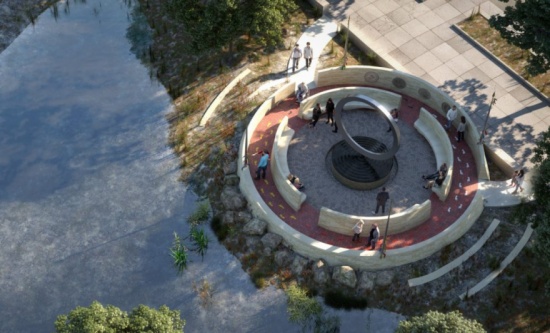 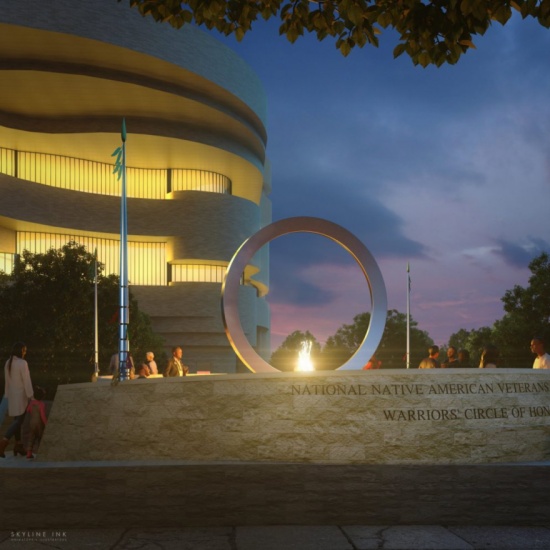